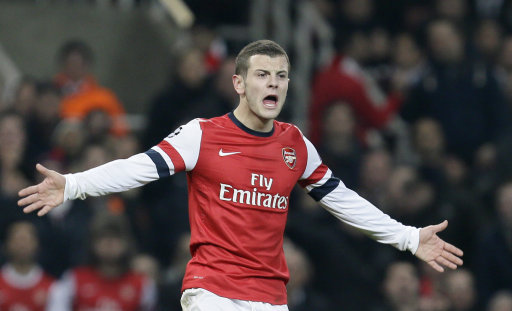 BBC Radio 5 Live scored a massive coup this morning as they welcomed, not Jack Wilshere, but the two human beings responsible for his existence – the Arsenal midfielder’s parents Andrew and Kerry Wilshere – onto their breakfast show for an interview.

Before the start of the segment, the radio station posted a request for questions to ask the Wilsheres via their official Twitter account – asking listeners, followers and fans to submit any questions they would like to hear put to the couple.

They received but one submission, from a young Jack Wilshere – who took the opportunity to ask his Mum when his washing would be done as he is in dire need of clean pants for tomorrow’s game against Fulham…

@bbc5live When will my washing be done? We have a game tomorrow I need my slips!!!

So there you go, Jack Wilshere: officially a briefs man.

(Spotted by our good pals over at Off The Post)