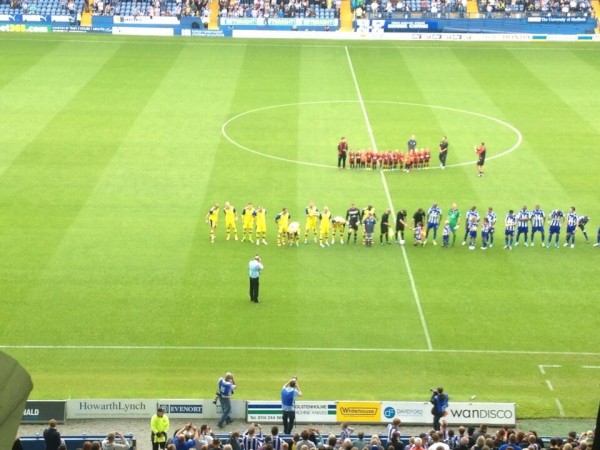 Millwall suffered a bit of an identity crisis ahead of Saturday’s trip to Sheffield Wednesday after their kit man forgot to pack The Lions’ away kit onto the team coach before the squad set out from Bermondsey on the morning of the game.

You had one job! One job!

The slight oversight left Millwall having to play the first half against Wednesday wearing The Owl’s donated yellow away kit while their own orange third kit was rushed up the motorway to Hillsborough in time for a half-time kit change.

Millwall manager Steve Lomas said – “It was just an honest mistake, I think. These things happen. It just added to the madness of the game.”