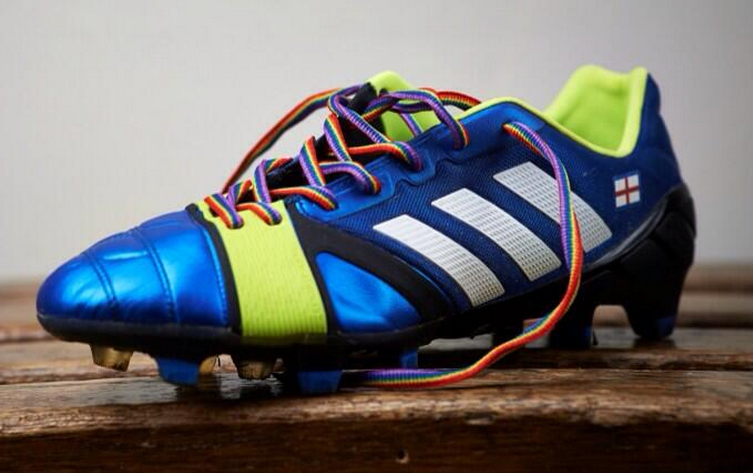 In much the same way that the Premier League was awash with red boot laces a few years ago as players demonstrated their support for the (RED) Aids charity, next weekend the entire English and Scottish league will hopefully be dashed with colour as players pledge support for the “Right Behind Gay Footballers” (RBGF) campaign.

Sets of rainbow boot laces have been sent to every single Premier League, Football League and Scottish Professional Football League club by gay rights charity Stonewall, who are running the RBGF campaign with players being given the option of wearing them in games on the weekend of the 21st and 22nd of September.

Stonewall hope that the laces will be seen as a “visible stand against homophobia” in the game, with the RBGF campaign designed to “drag football into the 21st century” by changing the attitude towards homosexuality within the game rather than coercing gay footballers to come out against their wishes.

QPR midfielder Joey Barton has been one of the first players to openly voice his support, Tweeting: “Show that people’s sexuality shouldn’t be an issue. Join the rainbow laces movement.”