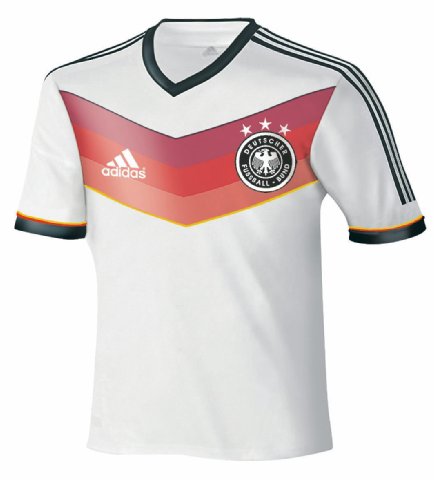 What you’re looking at their is what several sources are purporting to be a leaked computery knock-up of the shirt that Germany will be wearing at the 2014 World Cup in Brazil next summer.

According to the Hamburger Morgen Post newspaper, the new Germany kit is to be promoted by Adidas as part of a campaign with the tagline “All in White” which will be teased in the build-up to the German national team’s upcoming pre-World Cup friendlies against Italy and England on Friday 15th and Tuesday 19th of November respectively before being properly unveiled next February.

In a slight departure from Germany’s long-standing all-white shirts, the chest features a bold chevron design in various hues of red.

Indeed, the diligent chaps over at Footy Headlines have somehow purloined a more detailed shot of the ‘V’ design, which they seem to reckon will look something like this… 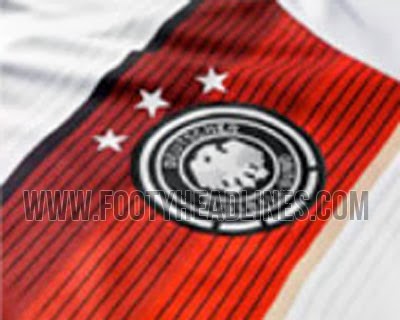 Speaking of Hamburger Morgen Post, the very same paper also claim to have stumbled across an early rendering of the new Germany away strip for 2014 too, which will apparently be a slinky little black and red horizontally-striped number along these lines… 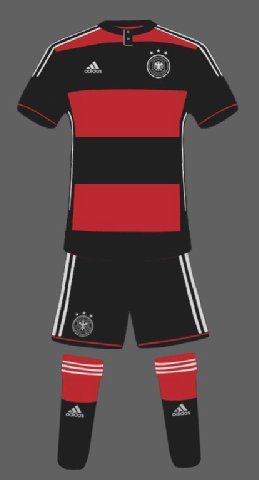 Looks like Adidas have gone and got it bang on for the Germans yet again, no?