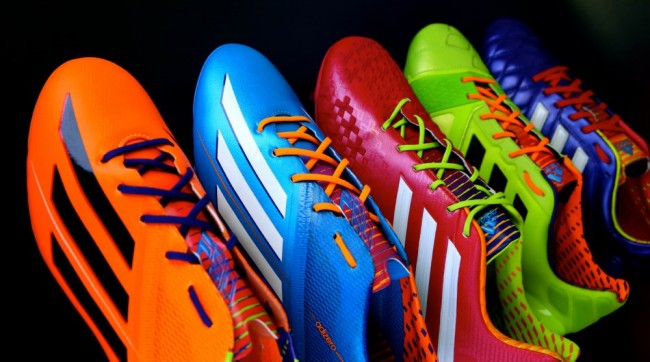 We appreciate that we’re flirting with overkill at the moment when it comes to the never-ending slew of boot releases, but an awful lot of people seem to like looking a photos of shiny new things so who are we to argue?

To that end, here is the new ‘Samba’ colourway range from Adidas which, with one eye on the World Cup next summer, sees the adipure, the predator, the nitrocharge and the F50 all given shockingly vivid neon makeovers in preparation for Brazil 2014.

According to Antoine Hadjimanolis (the Global Senior Product Manager for adidas Football, no less!), the idea is to reflect the “vibrancy and exuberance” of the World Cup host nation, “from the beaches of Bahia to the Carnival of Rio” by using clashing colour “tones and palettes that you’ve never seen before on a football boot.”

…except, of course, every football boot produced in the last five years. Anyway, here’s the photos: Please use your eyes to look at them and your fingers to navigate appropriately…