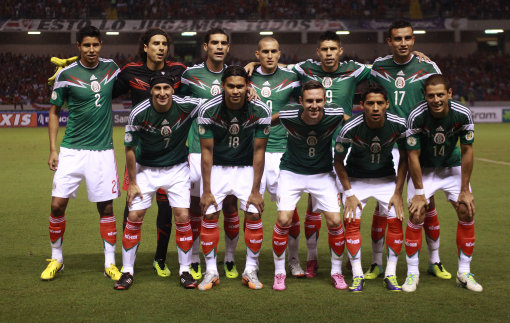 The New Zealand national side have just arrived in Mexico ahead of the first leg of their World Cup play-off against Chicharito and co., and already their press back home have accused their hosts of waging “psychological warfare” on the Kiwis in a bid to get the upper hand.

The New Zealand Herald have been quick to point out that the “crafty” Mexican Football Federation freely published details of the All Whites’ arrival times and accommodation details so, despite wanting to keep their entrance as low-key as possible, the team were swamped by fans and press as soon as they touched down in Mexico City.

As The Herald themselves put it: “The Mexican Federation contacted every media organisation in the country yesterday, as well as fan websites, forums and supporter networks, informing them of the All Whites exact time of arrival and airline.”

But wait; the worst is yet to come!

Several New Zealand press outlets are also complaining that sneaky, underhanded Mexico have staged a two-pronged attack on their brave boys…by refusing to let the All Whites wear their all-white home kit for the game on Thursday evening.

While their jerseys are green, Mexico play in white shorts and white socks meaning that, by FIFA’s decree, New Zealand are going to have to wear their change strip.

Apparently this is problem because the All Whites’ away strip is all black, which they fear will make their players overheat while toiling away in the stifling atmosphere inside the Estadio Azteca.

That’s right! The away team are going to have to wear their away kit! Shock, horror! Can you just imagine?!  Truly, this is psychological warfare at it’s most insidious. It’s outright subterfuge is what it is!

Still, can’t hurt to get your excuses in early, eh fellas?