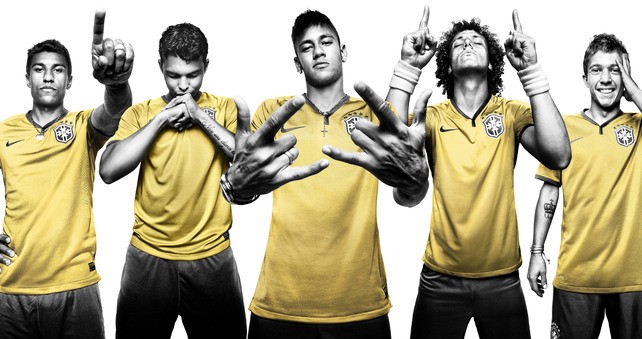 The Brazilian version of Trainspotting is a little more clean-cut

To be honest, it wouldn’t take an astounding leap of imagination to guess what Brazil’s new kit for 2014 looks like, with Nike sticking vehemently to their well-worn template: yellow, green, blue, white: but if it ain’t bloody broke then don’t try to bloody well fix it, eh?

Pretty much the only design element to differ between this and La Selecao’s 2013 kit is the smart new ‘Y’ neck, though on the tech side, Nike have used 3D body-scanning to map the torsos of every member of the Brazilian squad and produce custom-fit shirts for each player.

As with most things in football these days, it’s all ridiculously over-engineered, but fairly cool none-the-less.