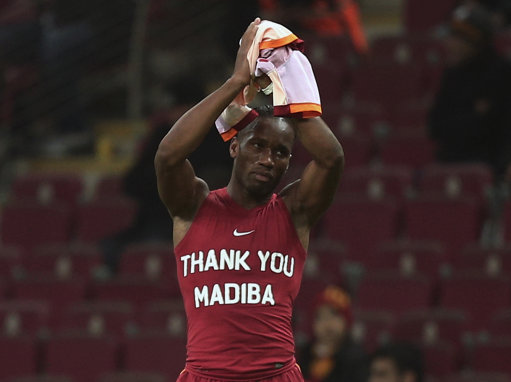 In what just may well be the most egregious lengths the rules of football have ever been taken to, Galatasaray pair Didier Drogba and Emmanuel Eboue are likely to be punished by the Turkish FA for revealing undershirts with tributes to Nelson Mandela on them after their side’s 2-0 win over Elazigspor on Friday night.

However, the Turkish FA are knee-deep in a crackdown to deter players and fans from using political expressions, imagery and banners at games and, as such, the Ivorian duo are reportedly due to be sanctioned for their heinous pro-Mandela sloganeering.