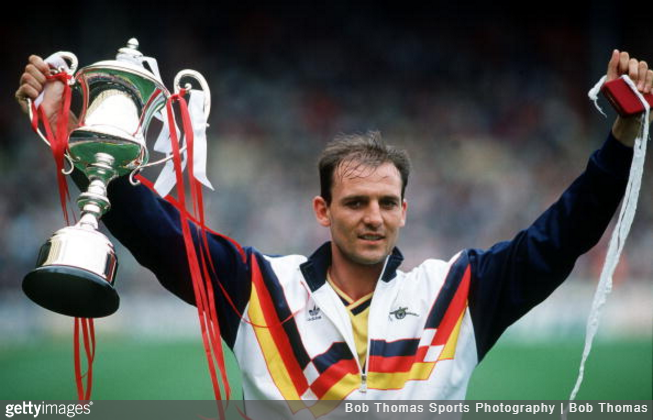 The year was 1991; Anthony Hopkins was knee-deep in Hannibal Lecter, Vanilla Ice was bringing Caucasian hip-hop to the masses, Arsenal were First Division champions and all the cool kids wanted to be Steve Bould.

After the Gunners took the title while losing just one game all season, sportswear brands were queuing around the block to snap up their stars on endorsement deals.

Obviously, Arrow were first out of the traps, for they managed to secure Bould and all of his promotional heft, duly swearing in the big, balding, hard-arsed defender as the face of their new top-of-the-line ‘Firepower Pro’ model… 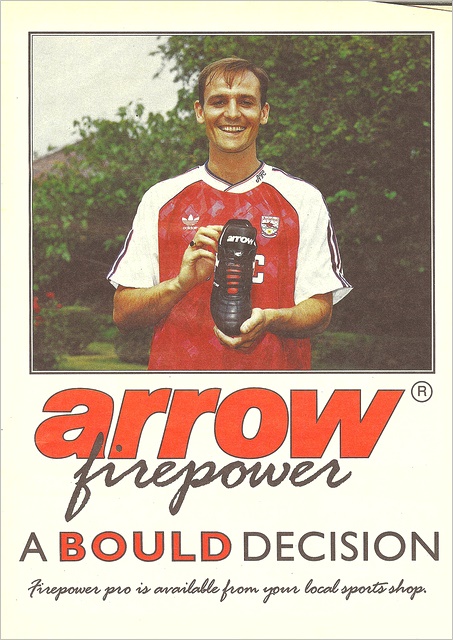 A Bould decision indeed. The only natural choice.

Arrow continued to attract some big names throughout their early-to-mid 1990s pomp, with Andy Townsend tied down as the exemplar of the ‘EX2’ boot.

That said, David Platt did some memorable things while sporting a pair of trusty Arrows… 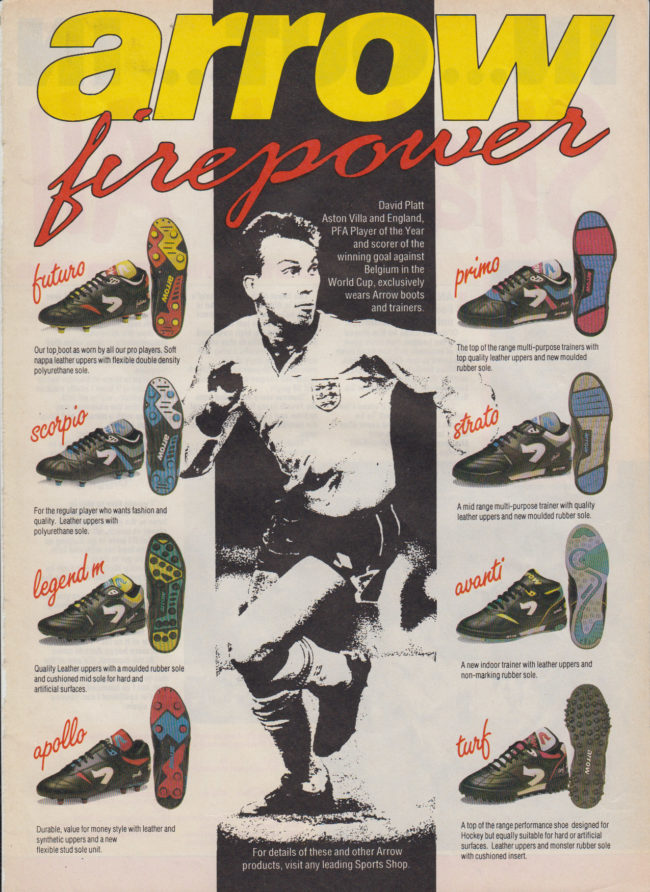 Still, just as Vinnie Jones will forever be synonymous with Top Man menswear, Arrow boots will always be ‘Bouldy’s boots’ as far as we’re concerned.