It’s not like we can offer much in the way of citation here, but according to Reddit this here is the ball that Iran captain Javad Nekounam will hand over to his Argentinian counterpart Lionel Messi when the two countries meet in the World Cup group stages.

Designed to showcase Iran’s increasing eco-awareness, the “BioBall” has 32 panels, each one featuring a different endangered animal species from all of the 32 countries competing in Brazil… 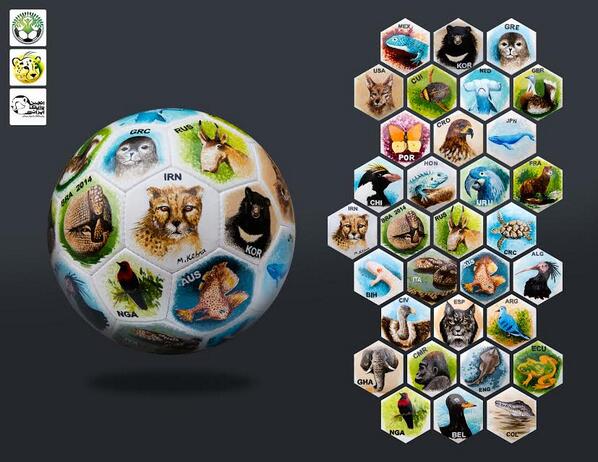 Coming soon, to an Ebay near you!

To the same ends, Iran have also included an image of the endangered Asiatic Cheetah on their World Cup shirts. Ain’t they good?

(Many thanks to Pies fan Clovis for bringing this to our attention!)