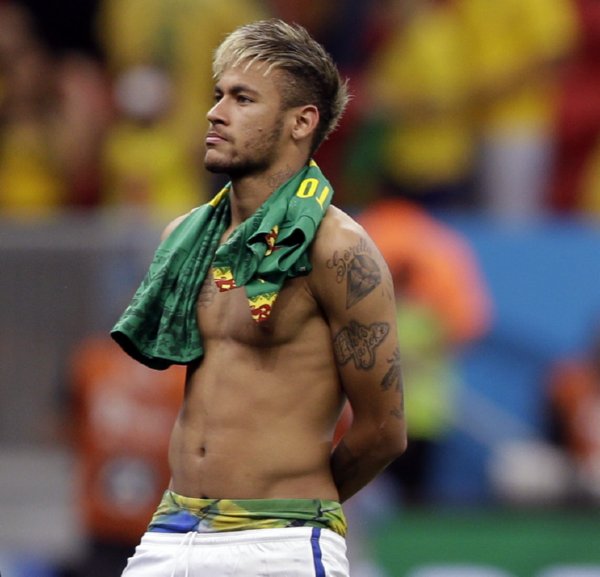 It’s not often you hear Neymar and Nicklas Bendtner lumped into the same bracket, but it would appear that the former is following the latter’s lead in getting himself investigated for wearing unlawful shreddies at a major football tournament.

Bendtner was famously fined €100,000 by UEFA for exposing the waistband on his Paddy Power-sponsored boxer shorts after scoring for Denmark at Euro 2012.

Now, according to Brazilian news outlet UOL, FIFA are investigating Neymar’s choice of underwear after the striker stripped to his shorts following Brazil’s 4-1 trouncing of Cameroon, thus exposing the waistband of what are delightfully being referred to as his “prohibited pants”.

Apparently Neymar has commercial ties with Lupo underwear, having been a “brand ambassador” (eeugh, our apologies for even having to make you say that in your head) for the company since 2011 – though we’ve no idea if those are Lupo pants he’s sporting in the photos.

Anyway, all this is quite right. Non-approved pants truly are the scourge of the modern game and FIFA are the only ones who can protect us from it/them.

Indeed, what about Sulley Muntari? While the Ghana midfielder has already managed to get himself sent home in disgrace, FIFA really should hang him out to dry for wearing his shorts like this for the last 20 minutes of the Germany game… 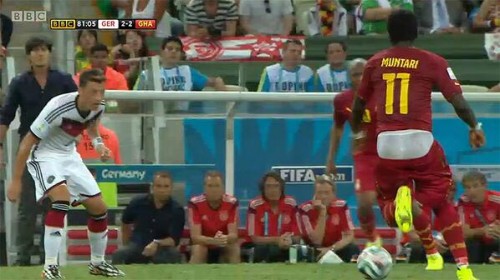 The horror! To the ducking stool!