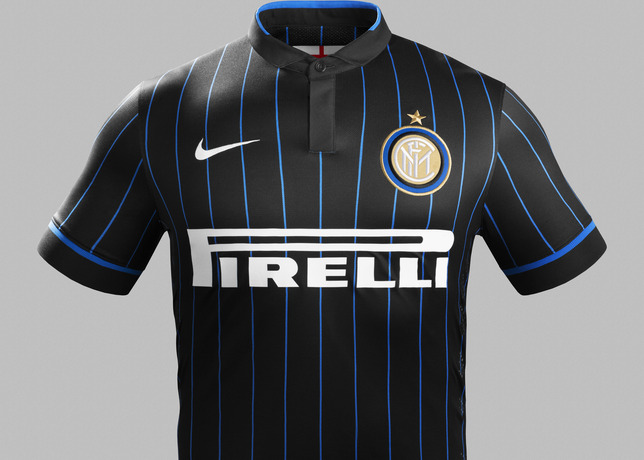 Presenting, Inter Milan’s really rather gorgeous new home kit for the 2014/15 season – and what a beauty she is.

In a bit of a departure from the norm, Inter’s new kit features “inverted” Nerazzurri stripes – leaving the strip predominantly sleek and black with blue pinstripe detailing.

According to the official Nike blurb, the strip was “inspired by the elegant fashion houses of Milan and the youthful style of the city.”

There’s also a crisp new collar and a (very slightly) re-jigged club crest slapped uponst the breast too, for those with a hankering for that kind of thing…

Mmm mmm mmm. We love it, though, as previously noted several times, we are absolute stone-cold suckahs for a slick black strip.