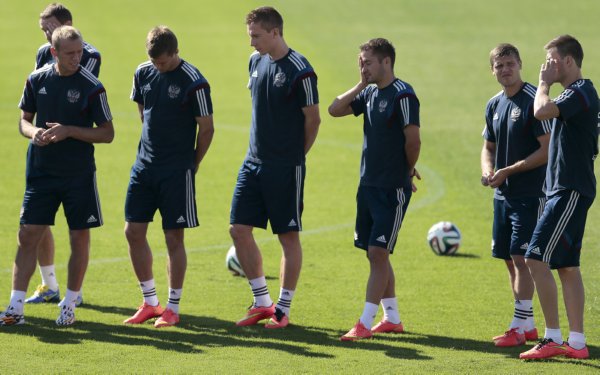 A Russian priest has claimed that he is “glad” Russia’s players failed to make any progress at the World Cup as the coloured boots they wore were an affront to God – a “homosexual abomination” if you will.

Writing in his column for Christian website Russian People’s Line, priest Alexander Shumsky claimed that by wearing green, yellow, pink and blue boots, the Russia players were promoting the “gay rainbow” in Brazil, hence their failure.

“Wearing pink or blue shoes, [the squad] might as well wear women’s knickers or a bra,” Shumsky wrote using fantastic words from his enlightened mind.“The liberal ideology of globalism clearly wants to oppose Christianity with football. I’m sure of it.

“Therefore I am glad that the Russian players have failed and, by the grace of God, no longer participate in this homosexual abomination.”