They’ve been leaked more times than, but here’s a little taster of all three of Arsenal’s new Puma kits for next season.

The big unveiling event continues to rumble on in London so you’ll have to make do with this image from @pumafootball for now, but rest assured we’ll have the big ol’ swanky photos up as soon as we have them.. 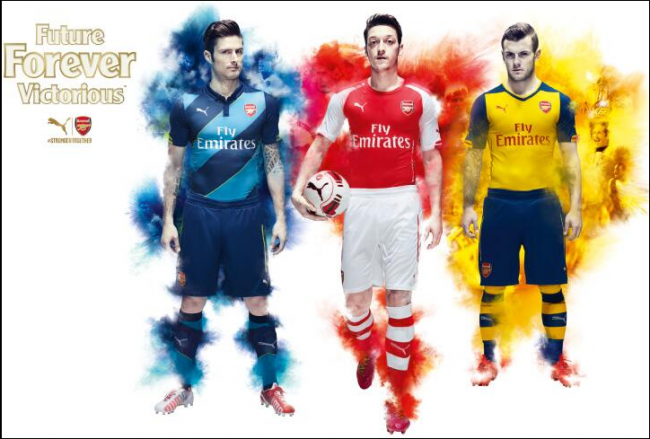 Here’s the @Arsenal and @PUMA kit trilogy for 2014/15 What do you think? #StrongerTogether pic.twitter.com/iq08ZI6YsG

We’re getting subtle shades of 1995/96’s classic “lightning” kit from that there third strip – which is never a bad thing!