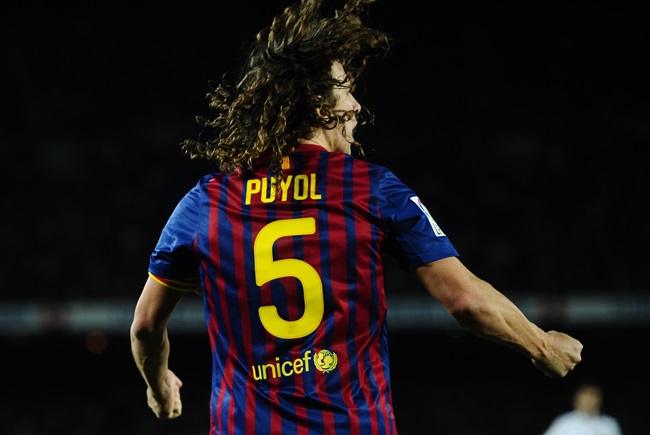 There were whispers that Barcelona were planning to retire their No.5 jersey as a tribute to recently retired ex-club captain Carles Puyol, who called time on his 19 peerless years at the club at the end of last season.

However, at the personal request of Puyol himself, Barca have reneged on their plans to retire the shirt and instead let the former incumbent of the No.5 jersey hand-pick its next recipient.

Sergio Busquets (who previously wore the No.16 shirt), take a bow…

Quite the vote of confidence.

Almost unilaterally regarded as a bit of a cheating git the rest of the world over, taking over Puyol’s vacated shirt is testament to just how highly the defensive midfielder is regarded by everyone at Barca.