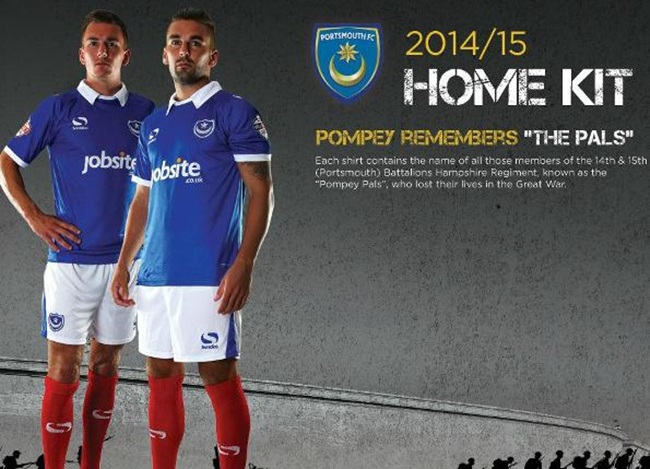 Commendably, Portsmouth have used their new home shirt for next season to pay tribute to those who gave their lives in WWI on the 100th anniversary of the outbreak of the war.

Specifically speaking, the club have chosen to honour the men of the “Pompey Pals”, i.e, the 14th and 15th battalions of the Hampshire Regiment, who were mostly recruited at Fratton Park.

Portsmouth were apparently keen to create a memorial for the fallen Pals (over 1,400 men from the Pompey battalions died during the war) on the centenary of the outbreak of WWI and sought the advice of local historian (and Portsmouth fan) Bob Beech as to the most fitting way in which to do so – with a timely tribute on the new home shirt duly decided upon.

It’s difficult to see on the photo, but we think the names of the all the Pals have been worked into the design, with the names creating the subtle horizontal lines that are visible in this close-up… 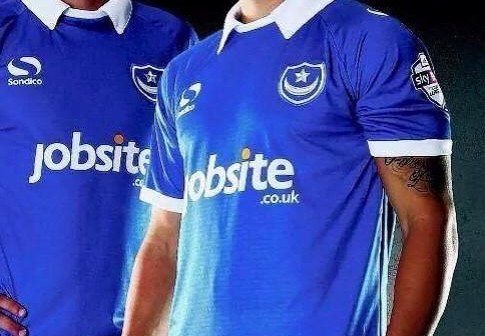 Cracking gesture. A doff of the cap is definitely due.