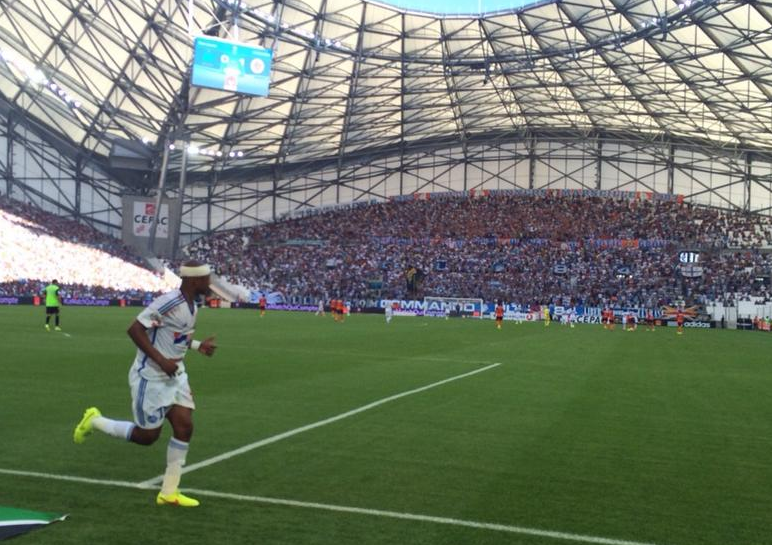 He was having a fairly decent game by most folks’ estimation, but still Andre Ayew found himself being hauled off after just 52 minutes of Marseille’s Ligue 1 tie against Montpellier this evening after a fairly hefty kit cock-up left him in limbo.

Having previously picked up a nasty little head wound in the first half and having to slip into his spare shirt, Ayew’s problems really began when the damn thing started leaking again after the restart.

With the referee noticing blood spots dripping on his fresh ice-white shirt, the Ghanaian winger was forced to trundle over to the bench and change his shirt once again for one without claret all over it.

It was at this point that the Marseille staff found that they’d forgotten to pack another spare “Ayew No.10” jersey and promptly started attempting to make their own version by doctoring someone else’s shirt with a roll of white tape…

As you may imagine, the referee was not impressed by those efforts and promptly ordered that the bloodied Ayew be taken off if a clean shirt wasn’t going to be sourced at some point in the near future.

After several minutes of bickering, Marseille were forced to kow-tow to the official and duly replaced Ayew with the non-bleedy Dimitri Payet.

What a bloody nightmare, eh?