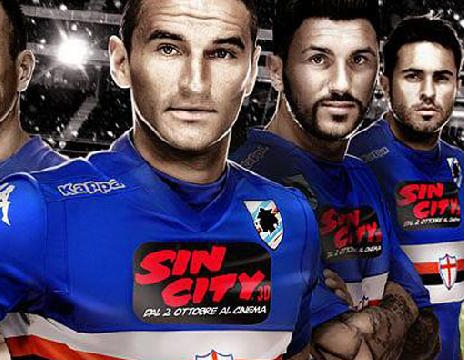 Good of Roger Federer to volunteer for modelling duties

Sampdoria have announced that the club’s shirts are to bear an exciting, dynamic new sponsor for their next three Serie A fixtures – Sin City 3D: A Dame To Kill For, the new ‘Sin City’ sequel starring Mickey Rourke and Eva Green.

Samp have signed a short-term deal with Key Films that will see the new movie trailered on the front of their famous Blucerchiati jerseys from this weekend up until the film’s worldwide release on 2nd October.

The Sin City shirts will be worn at Samp’s next two home games against Torino and Chievo before being worn for the final time in the first Derby della Lanterna game of the season against rivals Genoa on Sunday 28th September.

However, the fun doesn’t end there, at least according to the Italian club’s official website:

“Special editions of the shirt will be delivered to the directors [of Sin City 3D] on Sunday, September 14, when they visit Rome for the national premiere of their film.” 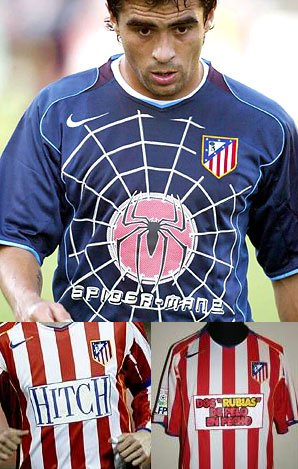 That last one is the Spanish title for “White Chicks” in case you were wondering.