With Oktoberfest just around the corner, 2. Bundesliga side 1860 Munich have launched a celebratory new home kit on their unsuspecting public – complete with lederhosen-effect shorts… 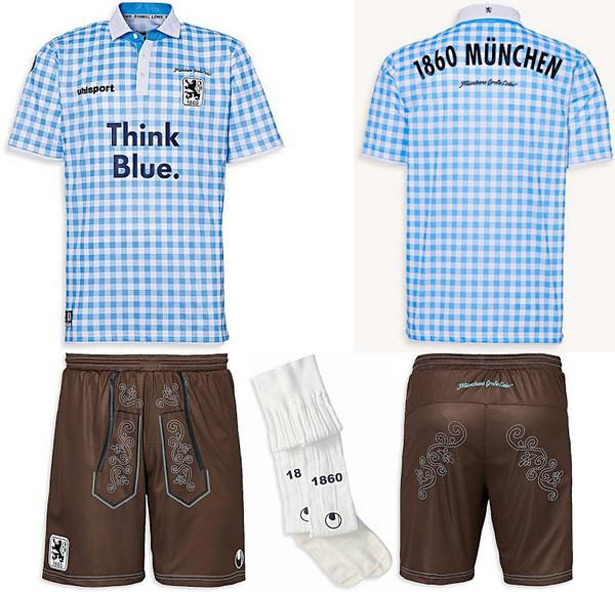 For those keen on massacring your eyeballs further, 1860 are planning to debut their horrific(ly amazing) new strip against Ingolstadt to coincide with the beginning of Oktoberfest on the weekend of 20th September.