With the team bottom of the Premier League, their fans protesting en masse and their under-fire manager accusing any and all detractors of succumbing to “mass hysteria“, Newcastle United have chosen the perfect day to bury bad news – the bad news being their new third kit.

Supposedly based on the equally hideous third kit worn during the Magpies’ first few years in the Premier League between 1993 and 1995, comes this nasty clashing effort from Puma… 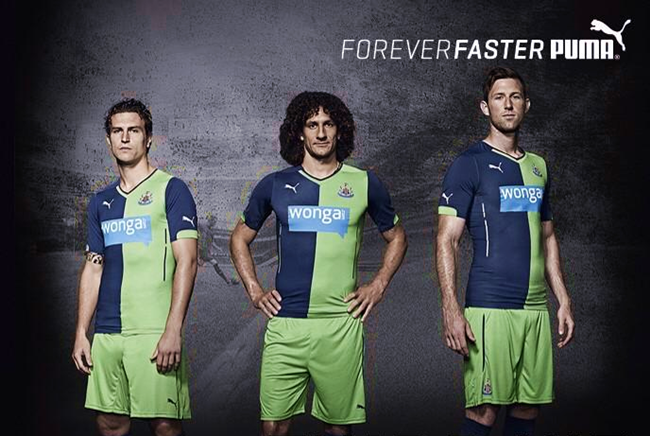 Revolting – not that you can blame Newcastle themselves (for once), however.

This thing was apparently chosen from a shortlist by members of the club’s official Fans Forum, so if anyone’s to blame; it’s them.

If this was the clear winner, then we dread to think how bad the other designs must have been.