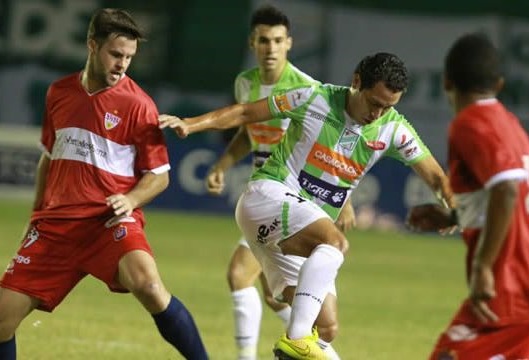 Bolivian club Universitario have inadvertently kicked up a bit of fuss in the German press this week after being forced into turning out for their game against Oriente Petrolero at the weekend wearing a set of knock-off VfB Stuttgart strips.

Having turned up and even lined up for the pre-match photos, the referee chose that point to declare Universitario’s standard white away jersey was too similar to Oriente’s striped, though predominantly white home kit.

The official ordered Universitario to change into a different strip to avoid the kit clash but it then subsequently emerged that the team had travelled from Sucre to Oriente’s stadium in Santa Cruz without any alternative uniforms.

According to local press, a member of the club’s back-room staff was then selected and dispatched out into the city to source an entire team’s worth of new garb – with the only strip he was able to procure in bulk being the aforementioned knock-off Stuttgart away kits.

Just to make matters worse, Universitario then proceeded to get spanked 4-0 for their troubles…