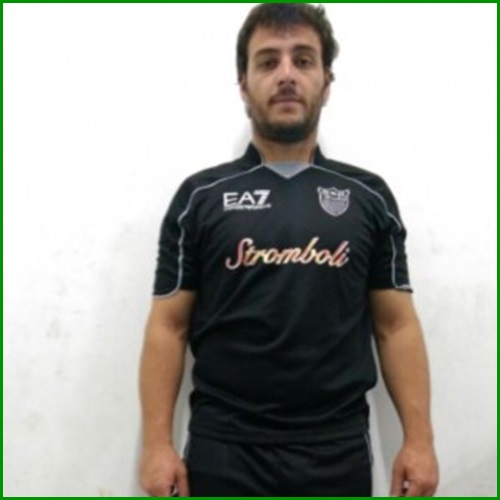 There’s a fairly good chance you’re not overly familiar with Stromboli, being as they hail from Italy’s Aeolian Islands and currently play at regional level in the country’s sprawling football hierarchy.

However, Giorgio Armani has begun pumping money into the tiny club as an official sponsor – a partnership which will see the fashion demigod “dressing” the team, i.e, designing their new kits for them.

According to La Repubblica, Armani has designed and provided the kit through his ‘EA7’ sportswear brand.

Armani will also reportedly be designing a new line of teamwear, tracksuits and jackets for the Stromboli staff.

As seen above, the strip is predominantly black with white meshing and red and gold trim (inspired by fire and volcanoes, apparently).

It also looks pretty much identical to every other football shirt ever produced to Pies’ untrained eye, but then what do we know about fashion?