An amateur football team have been forced to pull out of a university league after officials were offended by their “totally inappropriate” choice of kit.

Indeed, the University of Kent sports department have since discharged The Rutherford Raiders from their inter-college football league entirely.

Nope, we’ve never heard of it either.

However, the University of Kent’s sports department failed to see the funny side.

“The University of Kent sports department would never sanction sponsorship of this type – it is totally inappropriate,” said a University spokesperson.

“The team has been spoken with and will not be allowed to wear the shirts in question at any time.

“We take this issue very seriously…[teams] must present any potential sponsorship and/or logos for approval.”

A representative for the Rutherford Raiders then aired their side of the argument via the Kent Tab:

“We are struggling to see why they are having a problem.

“The university cricket team are sponsored by Kingfisher, which is also an age-restricted product.

The university rugby team once had training shirts with ’80 minutes, 15 positions, no protection, wanna ruck?’.

“In my opinion the decision is made by people in Kent Sport that are out of touch with what’s socially acceptable.

“It’s hard for football teams to find a sponsor – both Kent Sport and Rutherford (halls) refused to give us any money.

“I personally haven’t come across anyone yet that has found it anything other than funny.”

Oooh, dodgy choice of words there!

Still, we think it’s wholly refreshing to see the university sports department take a stiff, rigid stance and come down hard on these naughty young ne’er-do-wells. 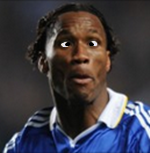