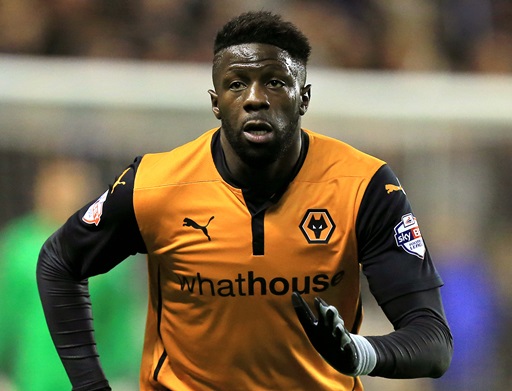 With his 100th game for the club coming up against Brentford this weekend, Wolves winger Bakary Sako wanted to find a special way to mark the occasion and so set about commissioning himself a very special pair of centenary boots.

As such, he went out and commissioned himself a stunningly gaudy pair of Swarovski crystal-encrusted Nike boots… 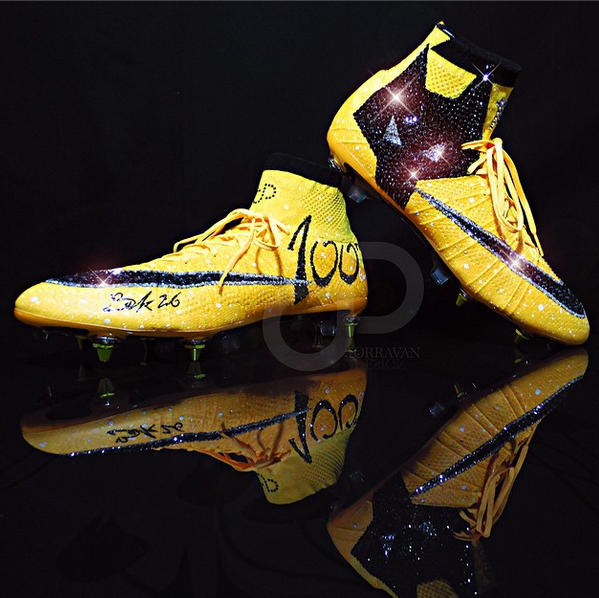 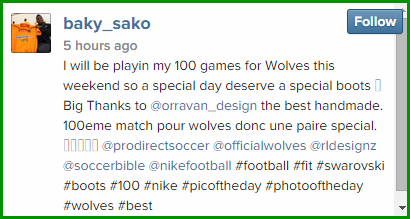 Sako’s boots have been customised by Orravan Design, the very same bling-mongers responsible for furnishing Pierre-Emerick Aubameyang with a similarly jewel-encrusted pair which the then-Saint Etienne striker paid €3,000 for only to wear them to warm-up in for about 20 minutes.

Of course, Sako too won’t be allowed to actually play in his spangly boots – so they exist simply as a glittering monument to his own absurdity.