Having rebuffed offers for it all summer long, Mario Götze has decided to auction off the very left boot he dangled to score the goal that won Germany the World Cup out in Brazil.

Götze, who popped up in the 113th minute of extra-time to score the only goal of the game against Argentina in Rio, is flogging his famous size 9 to raise funds for German children’s charity “A Heart For Children“.

“I have never washed the shoe. It is still in the same condition as it was in Rio, when I left the stadium with it.”

“There is still grass on it. I have never put the boot on after the final. I kept it safe at my house.

“I was often asked, many were interested. For example, sponsors, other companies and friends.

“The one who makes the largest donation to “A Heart for Children” in the seven days before the TV gala gets my World Cup boot!”

The perfect adornment for any mantelpiece if you ask us… 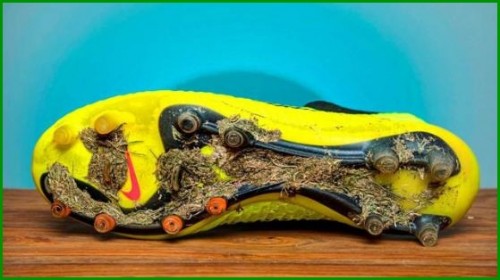