It wasn’t long ago that Pies first voiced our concern that the plague of the half-and-half shirt had truly befallen us, but it would appear that the sickness runs much deeper than we first postulated.

Spotted milling around the bowels of The Emirates before Arsenal’s 1-0 win over Southampton last night, this fan was presenting even more worrying symptoms. 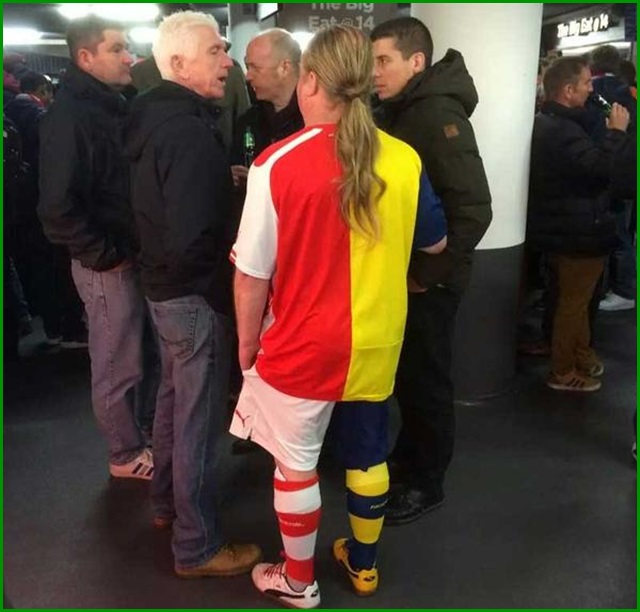