Along with the rest of his LA Galaxy brethren, Robbie Keane had a pretty flawless Sunday afternoon – scoring the winning goal in extra-time against New England Revolution to clinch a record-breaking MLS Cup championship title for his team.

Sadly, there was a minor fly in the ointment for Keane, as several eagle-eyed fans duly pointed out.

Before the game, Keane stuck a photo of his customised boots up on Facebook, alongside a pair he’d had specially made for his young son Robert – who led the Galaxy team out before kick-off…

Can you spot the small but ever-so-crucial error in Robbie’s personalised stitching work? 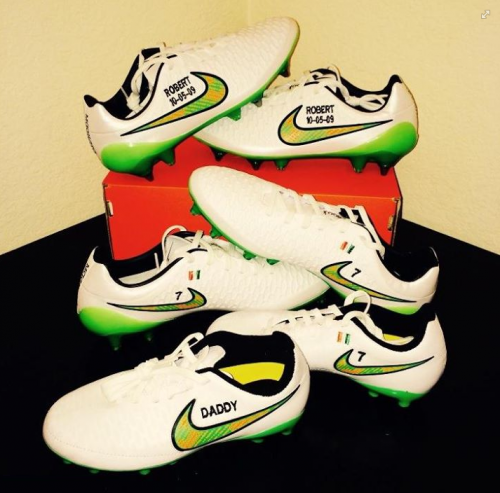 Yep. Proud Tallaght man Keane scored the winning goal in the MLS Cup with the Ivory Coast flag stitched into his boots.

Either it was a tremendous display of international kinship or someone in Nike’s customisation department did a bit of a rubbishness.