With the Portugal squad limbering up for tomorrow evening’s Euro 2016 qualifier against Serbia, arch prankster Cristiano Ronaldo took an hour or two out of his preparation time to hit international teammate (and fellow Nike-sponsored athlete) Ricardo Quaresma with the mother of all arch pranks.

Ronaldo then Tweeted a photo of his handiwork to Quaresma, revealing that he’d covered ever inch of the Porto winger’s Bentley in tin foil in order to give it “a little more speed”.

Here’s how it unfolded, completely organically, on social media this afternoon… 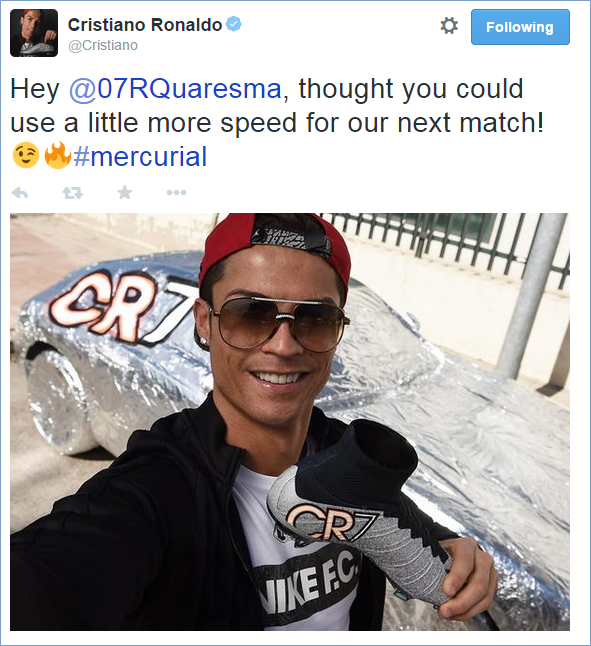 The eagle-eyed among you may have noticed Ronaldo is holding one of his new Mercurial CR7 boots there.

It’s very subtle, so well spotted if so.

Anyway, Quaresma was suitably shocked at the whole thing… 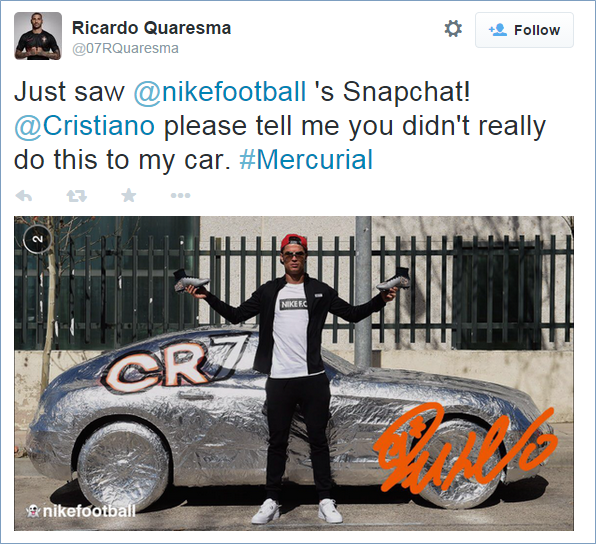 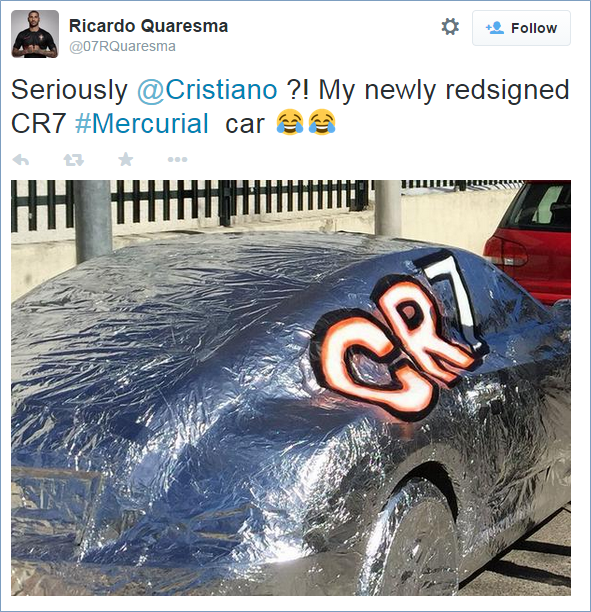 You’ve been hit by, you’ve been struck by, a smooth, meticulously groomed and almost entirely hairless criminal!