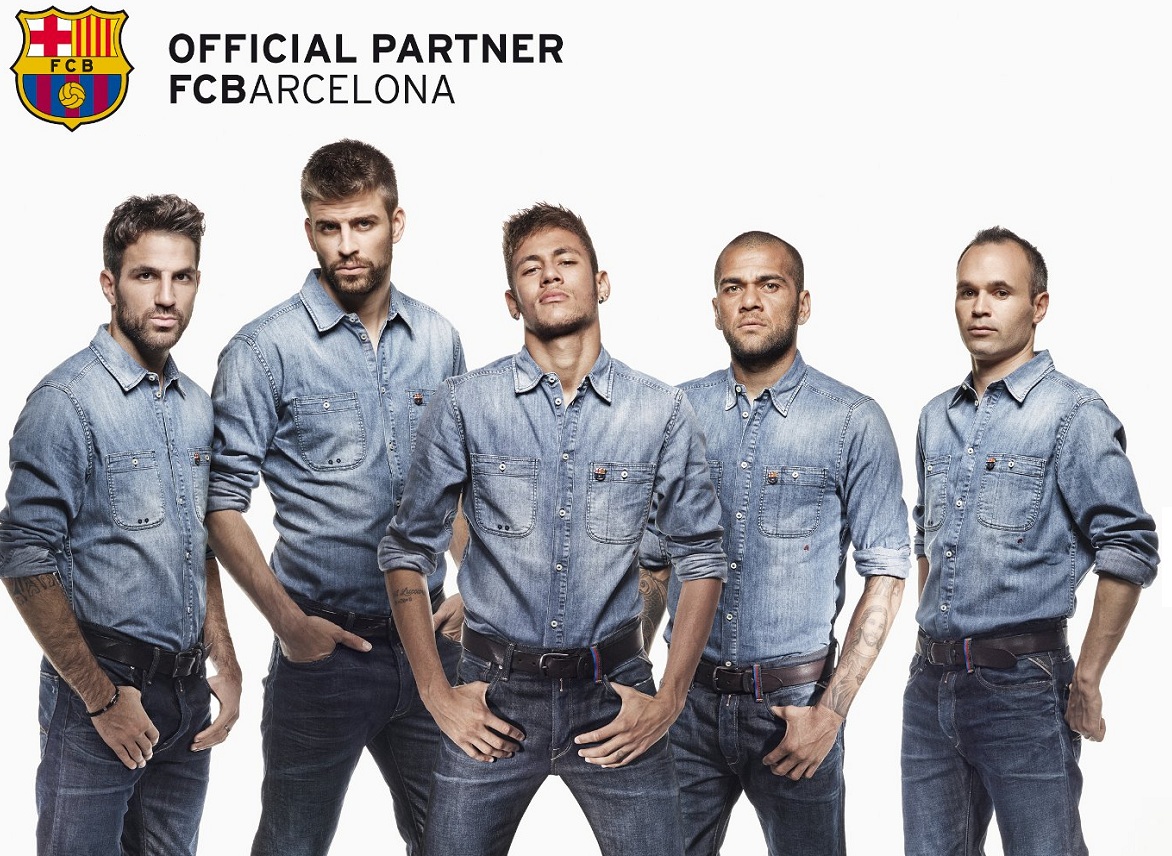 For reasons we can barely bring ourselves to say out loud (the mes que un club have signed a sponsorship deal with Replay jeans), Barcelona have adopted a squad-wide policy of doing away with snazzy suits and travelling to all of their away games in ‘double denim’.

The net result is that every single time Barca touch down in an airport, the whole thing ends up looking like some kind of nightmarish ‘Legends of 1970s Country & Western present: A Tribute To Bon Jovi’ convention.

You’d think they might smarten themselves up for the Champions League Final, wouldn’t you?

“Buongiorno Berlin. Now you may begin the party”