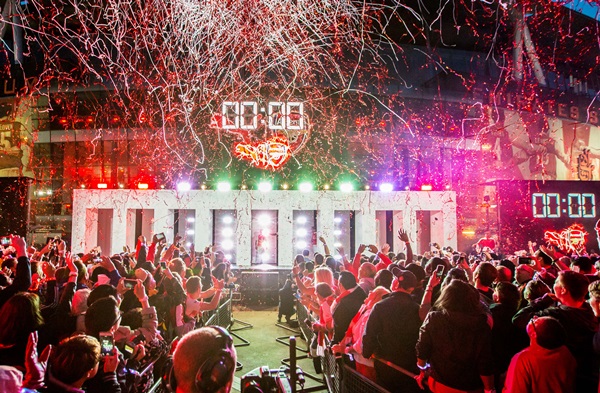 I remember when kit launches were low-key affairs, and jerseys were left to speak for themselves. Not that they haven’t long been easily marketable beacons of instantly recognisable iconography, stretched thin in something breathe-lite and figure-hugging – it’s just now the launches have become so increasingly weird.

What happened to getting two players to attend a faceless shopping centre in Essex, pile of shirts and marker pens in front of them, a queue of giddy children and impatient adults stretching a little out the door?

If Puma’s launch for Arsenal’s new home kit is any indication, it’s been replaced by terrifying monolithic displays of cartoonish melodrama. Paint cannons, light guns, lasers. Huge banners and streamers, crying adults in full kit. Shin-pads, astroturfs, crying, singing. Current players, past players, lining a stage outside the stadium as music blares and kits that look identical to last season’s are hurled at the baying masses.

People lose their minds. They cannot contain their excitement for a piece of cloth that will soon pass into obsolescence… 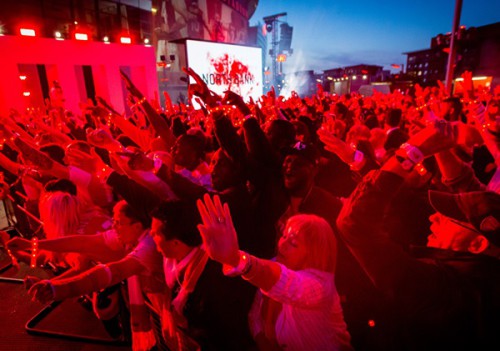 This is a cult of personality if ever I’ve seen one. Grown men should not be jumping up and down with glee at the sight of Nacho Monreal covered in paper party-streamers. This should not be happening…

While modern marketeers can barely contain their obsession with multi-media, mass-market experiential campaigns, it won’t be long before kit launches involve kidnapping children wandering in the stadium’s catchment area, with parents sent promotional ransom snippets of their crying beloved with flashes of red and white, gleaming sponsor slogans framed perfectly, a hashtag call-out.

There’ll be “viral” appeals for their safe return, only for them to be unveiled on the pitch just before the new season’s kick-off, replete with a bag full of goodies – a cuddly Gunnersaurus, a fifteen-quid season annual, a tiny figurine of Francis Coquelin.

As designers are revisiting more and more traditional, “old school” styling for new kits, perhaps it’s time for brands’ marketing departments to follow suit – you know, before it’s too late.