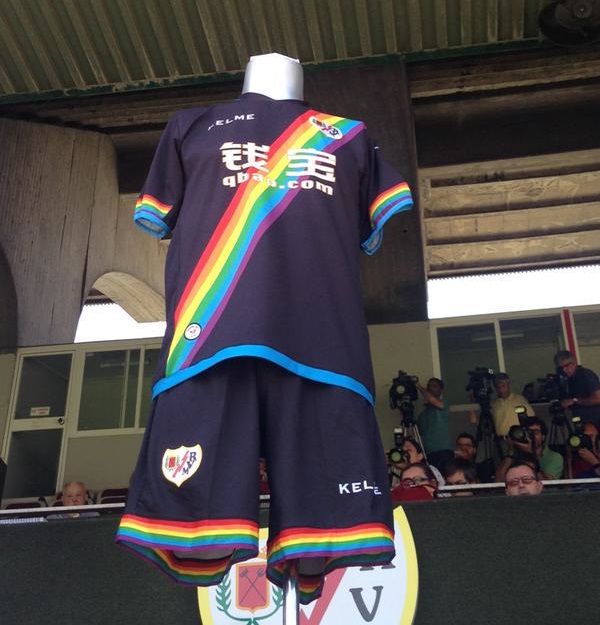 Pies’ favourite Spanish football team have once again cemented their place in our hearts with the unveiling of their new away kit for next season.

With love and equality very much in the air at the moment, Rayo Vallecano have produced a shirt that pays tribute to ‘the unsung heroes of society’ with each band on the rainbow sash representing a different aspect of social struggle.

€7 of each sale will also be put towards the Federation of Lesbian, Gay, Bisexual, and Transgender Persons campaign against intolerance. 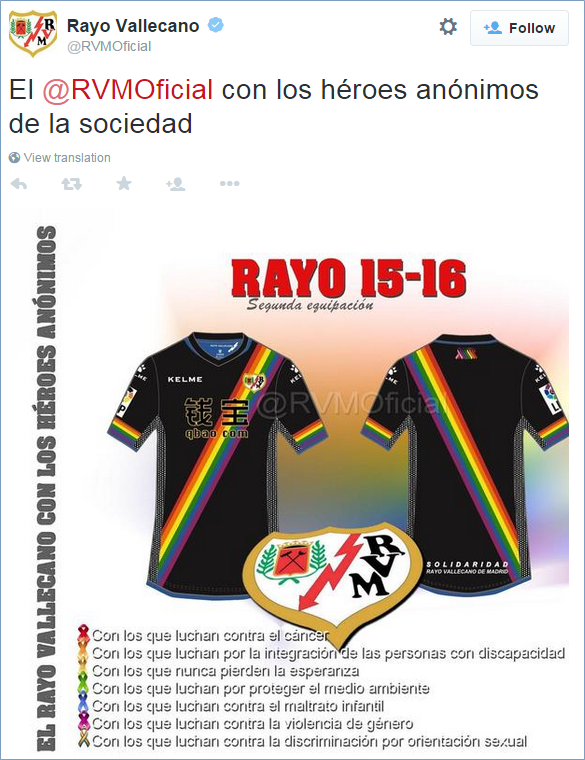