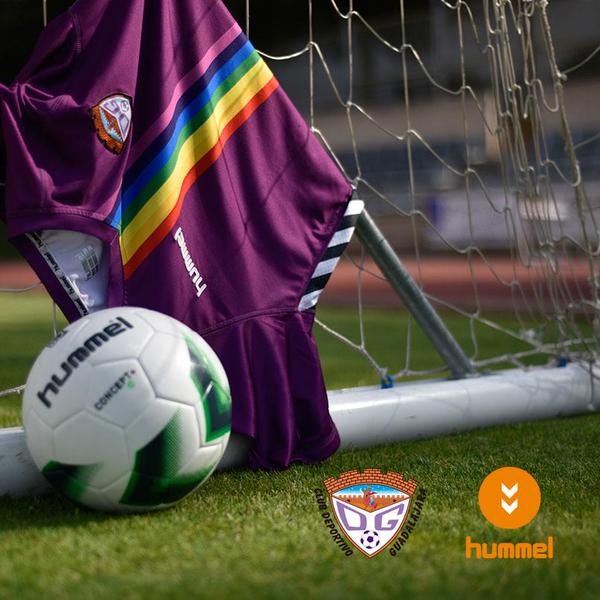 CD Guadalajara have become the second Spanish club to make a stand against homophobia by splashing the LGBT rainbow across the front of their new strip, following in the tolerant footsteps of Rayo Vallecano.

Third division side Guadalajara released their new home strip at the Madrid Pride festival over the weekend. The kit’s manufacturers, Hummel, have also confirmed that five percent of the sales will be donated to La Liga Acro Iris (La Liga Rainbow) – the charity that fights homophobia as well as all other forms of prejudice in Spanish football.

Here’s the launch trailer, all 15 seconds of it…

It’s a chap coming out of the closet, just in case you missed the super-subtle reference.