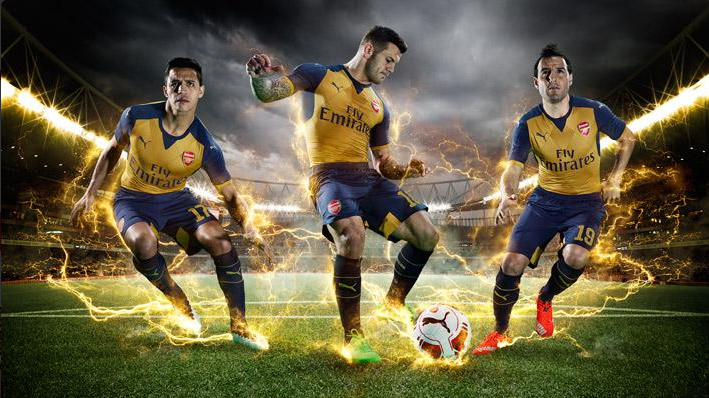 Several weeks after unveiling their new home togs for 2015/16, Arsenal have waited to jet out on their pre-season tour of the emerging Asian markets to officially launch their new away kit at a similarly overblown launch event in Singapore.

There were countdowns and big screens and cameras and massive, faintly glowing football shirt statues and then the players came out dressed in the new shirt… 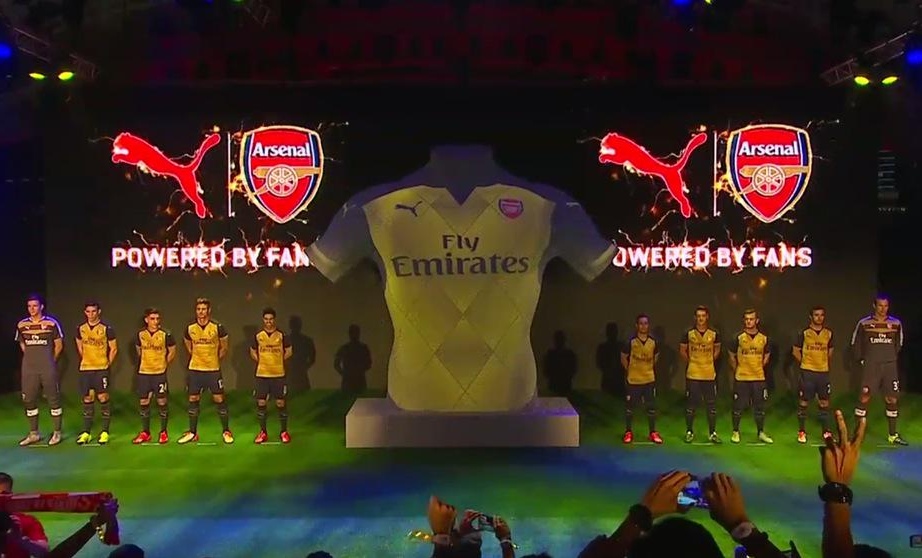 Here it is again in broad daylight. As you can see, is sort of muddy gold-ish yellow and navy with a diamond pattern all over it that probably signifies Arsenal’s historic link to the argyle sock manufacturing industry or some such guff… 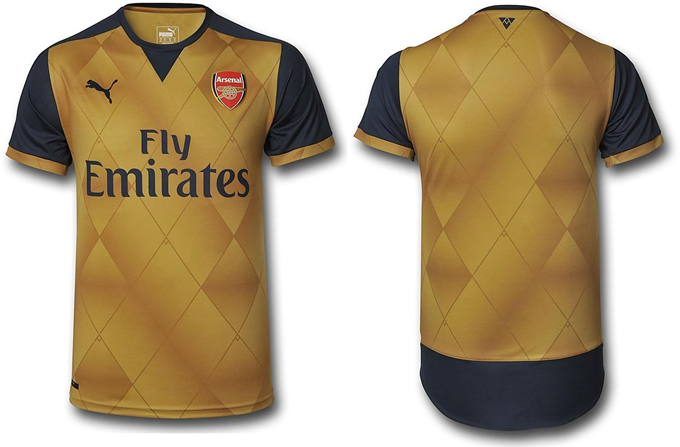 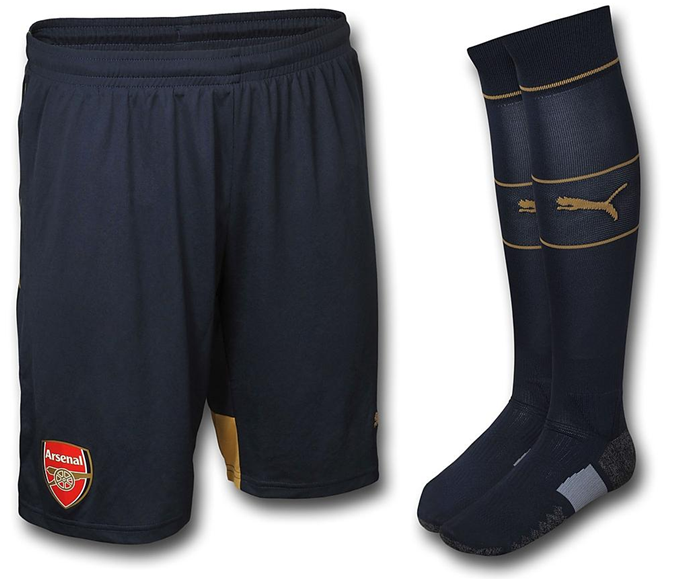 It’s also super, super tight – as we saw when photos of The Ox wearing it leaked several weeks back.

Pies’ verdict? We’re not exactly bowled (in fact we think it’s a little drab) but it’s not as if it’s an eyesore or anything.