Hunker down children, for you have an incredibly tenuous introduction coming your way. Here we go…

Just ten short years after the town itself became the first in England to be wholly lit by electric street lights, Chesterfield Town FC further lit up the world of association football by adopting an incredibly patriotic, if ever so slightly ludicrous new kit.

Presumably to celebrate the club attaining professional status in 1891, Chesterfield decided to mark the occasion by obtaining themselves a special kit for the 1892 season.

What they managed to get there hands on was this rather spiffing Union Jack ensemble, which were apparently found in the loft of the nearby Spital Hotel and donated to the club – meaning they were almost certainly worn by the defunct Spital Olympic team at some previous stage.

Here’s the Chesterfield chaps, chests puffed and proudly posing in their finery… 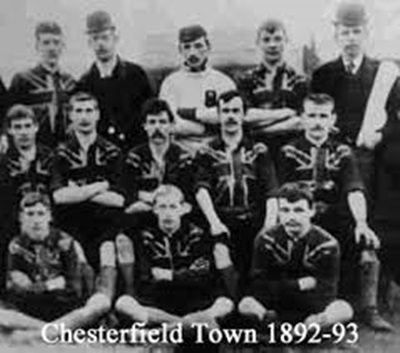 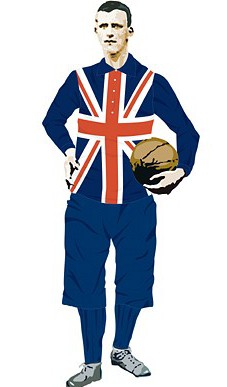 Corr, look a the state of that thing! Keith Moon would be proud. The knickerbockers just cap it all off, don’t you think?

Chesterfield wore their Union Jack strip for just one season before opting for plain white jerseys thereafter, briefly playing in red then black-and-white stripes before the club went into voluntary liquidation in 1915.

This way for loads more Shit Football Kits on Pies.