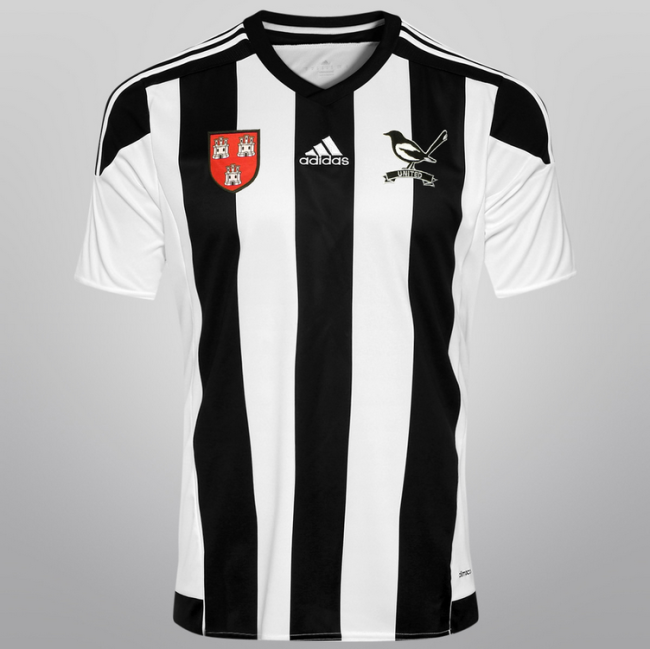 A disenfranchised group of Newcastle United fans have banded together and launched a new, “supporter-led” home shirt for fellow fans to buy as an alternative to the official club merchandise.

The rather smart Magpie Brand shirt (see above) provides similarly despairing Toon fans with the option to proudly show their colours without lining Mike Ashley’s pockets.

The Magpie Brand are affiliated with a host of Newcastle supporters groups, including the Newcastle United Supporters Trust, AshleyOut.Com, Mike Ashley Out Campaign, Gallowgate Shots, True Faith and THE MAG.

The black-and-white Adidas shirts are pointedly non-Wonga and non-Sports Direct, and are available with the names of various Newcastle legends on the back.

The red shield crest, by the way, features the three silver castles that appear on the main insignia of the city of Newcastle’s coat of arms and was chosen to represent the “unbreakable ties between the club and the city, so sadly lost under the current ownership of Newcastle United.”

Available from the Magpie Brand online store, a plain adult mens version is £27 while a fully printed version is just £5 more – which is very reasonable, even if we do say so ourselves!

That said, the shirts have proved so incredibly popular that the first batch of stock sold out in a matter of hours.

Good on ’em! Fight the power.