Central Coast Mariners have released their new kits for 2015/16 today and suffice it to say they’ve gone down like a ten-tonne turd.

All three kits are on the very cusp of being completely unremarkable, and then the Mariners went and whacked a massive palm tree on the front – a design feature the club are calling a “bold statement“, though of what they fail to clarify… 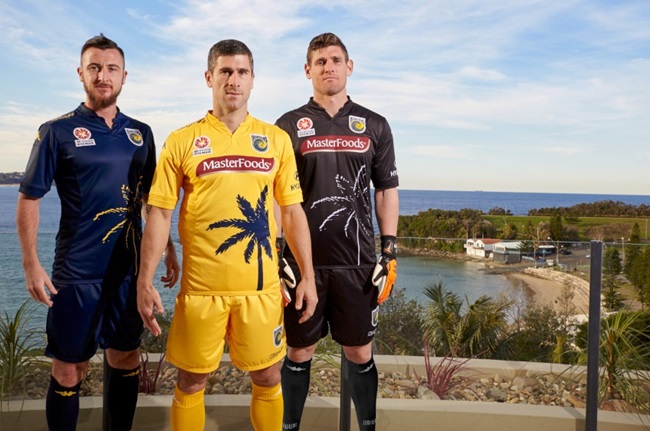 The fans aren’t happy, with Mariners supporters queuing up on social media to deride it…

Those Central Coast kits look like something a J.League club would do as a one-off for the summer, not the whole season…

“An automatic tree-nil loss” is a personal favourite.

And to think, they were so close to achieving inoffensive mediocrity.

(Photo: @CCMariners)/Many thanks to Pies fan Guy Bellamy for the nudge!)