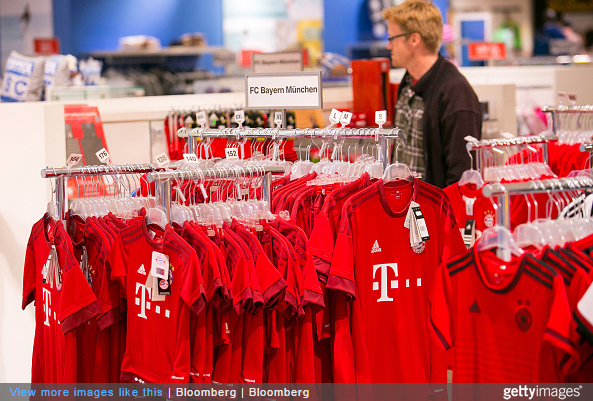 A German judge has given a pair of ne’er-do-well 1860 Munich fans the choice between a prison sentence or an embarrassing trip to the club shop of their rival team, Bayern Munich, as punishment for an unprovoked attack on a Bayern supporter.

In a bid to, in her words “show that football is football and not a battlefield”, judge Karin Jung has ordered the two 1860 fans to either buy Bayern club merchandise for the fan they attacked or spend 15 months in jail.

The defendants. who reportedly ripped the jacket, shirt and hat of the Bayern fan when they jumped him in Munich last year, duly opted to replace the merchandise they’d damaged in the attack.

“I thought about what would be really painful to them, and doing something like this really bothers this type of people,” said Jung – who, it should probably be noted at this point, made sure to get the victim’s consent before passing her unorthodox sentence.

The little shopping trip didn’t come cheap either, with the two 1860 fans each ordered to part with £350 in compensation as well as having to suffer the ignominy of personally handing over the Bayern hat, shirt and scarf in court.