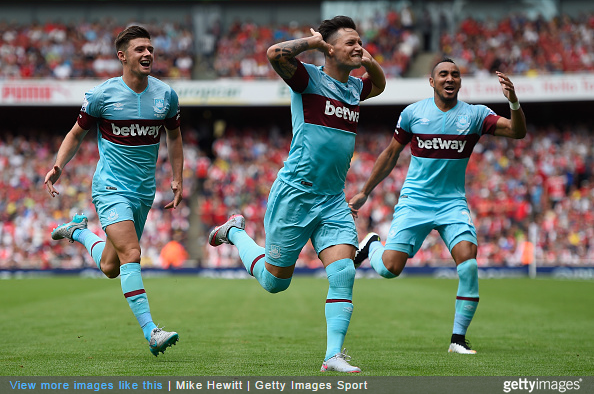 Little did Mauro Zarate know that in the act of scoring West Ham’s second goal against Arsenal yesterday, he’d be altering the future of one Hammers fan’s buttocks forever.

Before the game, the West Ham fan boldly wagered that he’d get the scoreline tattooed about his person if his side managed to see off Arsenal in their opening game of the Premier League season…

True to his word, the man known as ‘Waller’ kept up his end of the bargain…

It’s getting to the point where Pies feel like the odd-ones-out for swanning around without any miscellaneous football tattoos on our backside.

Might get Ian Woan’s face on the left cheek and Steve Stone’s on the right.