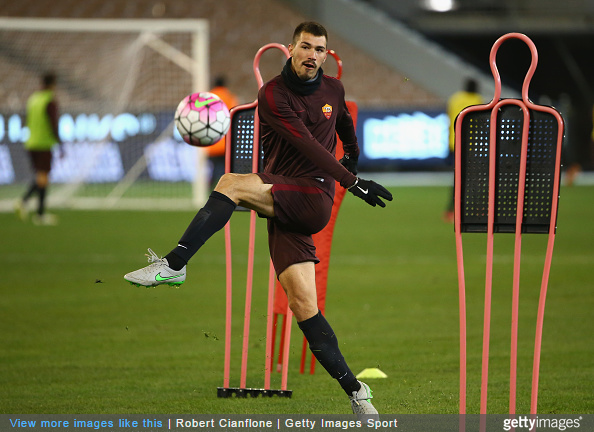 The latest on Alessio Romagnoli’s €25million move to AC Milan is that the move is “99.8% done“, with the 20-year-old defender set to leave Roma after failing to crack the first team during his three years at the Giallorossi (one of which, 2014/15, was spent on loan at Sampdoria).

However, in perhaps what is the most ill-advised parting shot in football history, Romagnoli has waved goodbye to the Roma fans by happily posing in a Lazio shirt in a photo that circulated on social media late last night…

Roma fans won’t like this. And I certainly don’t think Romagnoli is doing anyone justice there. pic.twitter.com/WDL2UWaTnl

Now it should be noted that Romagnoli is a known Lazio fan and is probably just ‘rubbing it in’ in the photo, but still – it’s not like Roma fans are the most forgiving bunch.

Put it this way, whether or not the photo is kosher/recent or otherwise, Milan’s first away fixture against Roma should make for fairly interesting viewing this season.