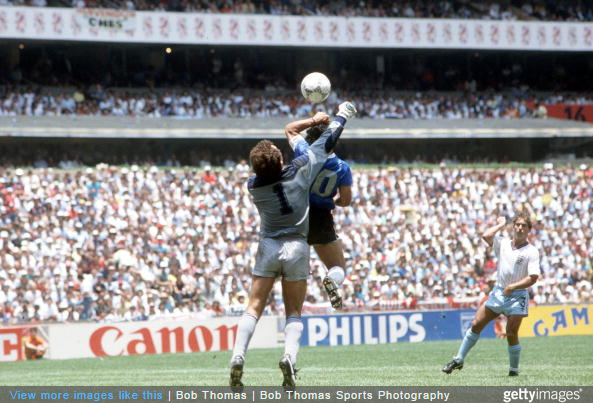 Diego Maradona popped in to visit an old friend after finding himself in Tunisia over the weekend – an old accomplice who had a major influence on the wee fella’s career despite barely anybody knowing his name.

We’re talking about Ali Bennaceur, the referee in charge of the 1986 World Cup quarter-final between Argentina and England.

As you may recall, Maradona got through a fair bit of graft that day, scoring two goals – one that quite literally constituted manual labour – in a 2-1 victory for his country.

Maradona and Argentina went on to win the tournament outright, and the pair have apparently stayed in touch ever since… 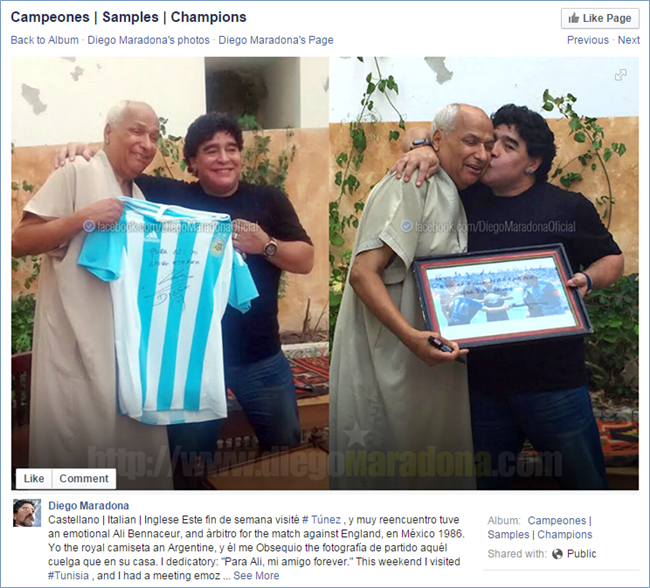 “Bennaceur, the referee of the match against England in the World Cup Mexico 1986. I gave him a jersey of the Argentine national team, and he gave me a picture of that game that he kept in his house. My dedication: “For Ali, my eternal friend”.”

We really don’t know how we feel about this. ‘Queasy’ just about covers it.