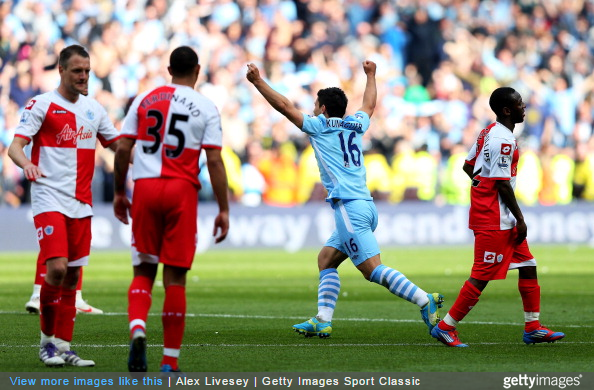 As it was quite possibly the last genuinely dramatic thing that happened in the Premier League, Sergio Aguero’s title-snatching 93rd-minute winning goal against QPR on the final day of the 2011/12 season has attained iconic status in the prevailing years.

Aguero’s late winner saw Man City whip the championship away from underneath Manchester United’s nose with nanoseconds of the campaign remaining, and the accompanying apoplectic yowling from Sky Sports commentator Martin Tyler has since become synonymous with the occasion.

So much so, in fact, that one City fan has immortalised that glorious day by having the entire transcript of Tyler’s orgasmic howling tattooed on his forearm… 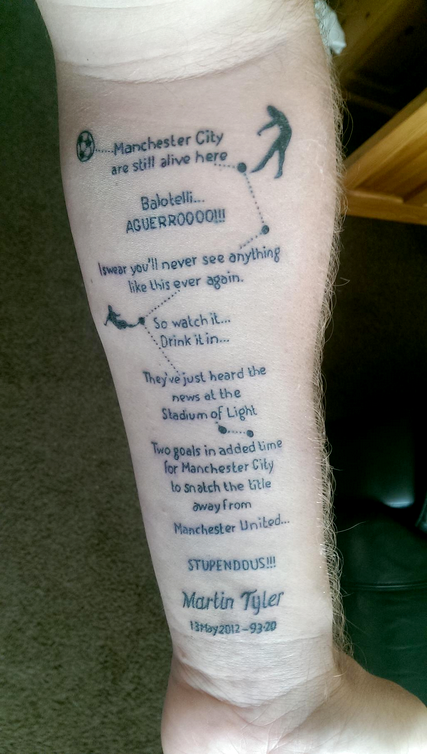