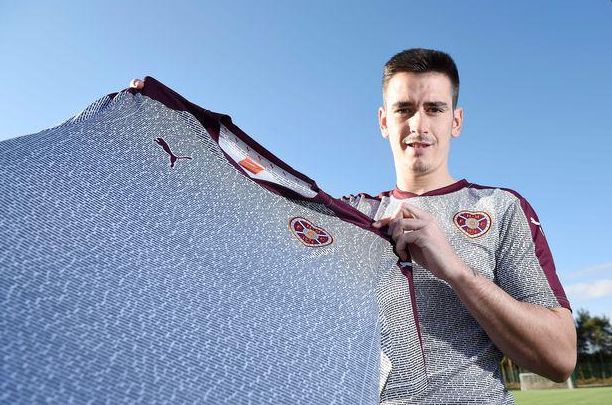 At first glance it all looks a little bit glitchy and grey, but in actual fact a lot of thought and generosity has gone into Hearts’ brand new third kit.

Incorporated into the design of the “tribute kit” are thousands of names, each signifying a proud member of the SPL side’s Foundation of Hearts (FoH) – the non-profit, supporter-led organisation that helped rescue the Jambos from the brink of financial implosion a couple of years ago and now own a majority stake in the club, as headed by chairwoman Ann Budge.

As such, the jersey features the names of every single pledger who reached the required FoH fan donation threshold back in February… 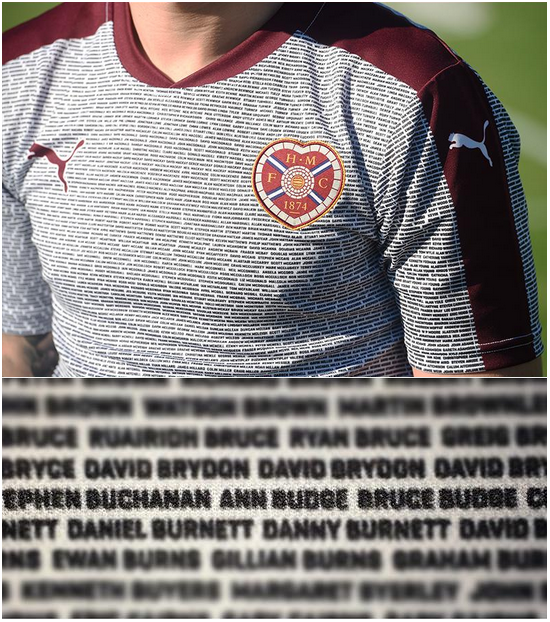 Not the greatest looking kit of all time, admittedly – but it’s the thought that most definitely counts here.