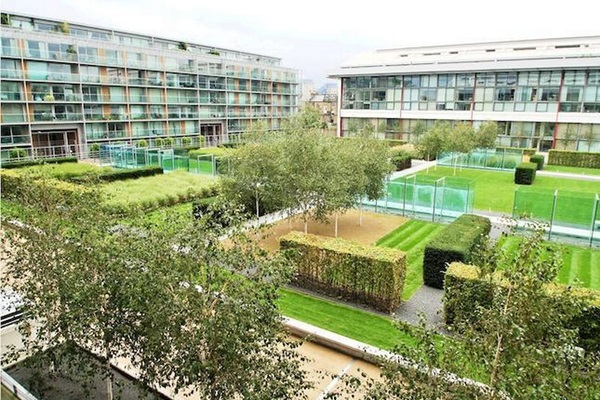 As you probably well know, when Arsenal left Highbury for the plush new environs of the Emirates in 2006 it took precisely two shakes of a lamb’s tail before their old home was being torn down and developed into a posh apartment complex (see above).

While only the famous old Highbury façade and the magnificent marble reception hall remains of the original ground, the complex is a faithful homage to the old stadium site – with four “stands” facing inwards on an internal “pitch”, i.e, a central communal garden area.

Indeed, both Thierry Henry and Robert Pires were supposedly among the first people to buy up a flat on the site of their former stomping ground, with the rest selling out shortly thereafter.

However, it has emerged that one of the luxury two-bedroom apartments has been put up for sale on Zoopla, and it could be yours for just £650,000.

Here’s how the listing reads in full:

Chance to buy a 2 bedroom property with a secure car parking space in this iconic Grade II listed building formerly the home of Arsenal Football Club.

So, if you happen to be a diehard Gooner with over half-a-million quid to spare, you know what your next investment should be.