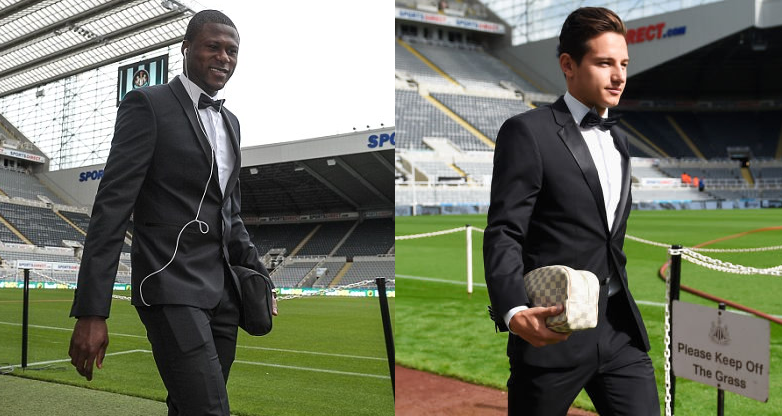 Newcastle United are to issue all of their first-team players with club-appointed suits to wear before matches in an effort to stamp out the current fad of turning up to games in tuxedos.

Summer signing Chancel Mbemba started the trend by turning up in a tux for Newcastle’s Premier League opener against Southampton at St. James’ Park in August. Fellow new recruit Florian Thauvin then followed suit (ahem) by donning a dinner jacket for the next two home games.

However, the players’ dashing pre-match attire attracted criticism from some quarters, with Newcastle legend Alan Shearer publicly criticising the pair for not taking matches seriously.

I always think it looks good when the whole team turn up and they look smart and I think it’s a statement of intent, that’s the way we look at it.

According to the Chronicle, Mike Ashley is now set to provide the Newcastle players with club suits provided by his luxury Cruise clothing label to put an end to the tuxedo tomfoolery once and for all.