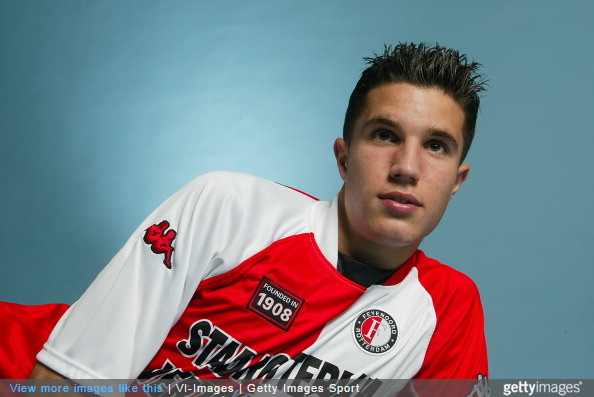 Having broken into the first team at the age of 17 the previous season, Robin van Persie signed his first professional contract with Feyenoord over the summer of 2002.

To celebrate, the Eredivisie side chose to immortalise their prodigious (and infamously petulant) new teenage prince with a portrait session in November of 2002.

50 shades of beige – like a middle-aged Cornish bookshop proprietor.

And to think Pierre van Hooijdonk reckons this kid is an arsehole. Stunning.