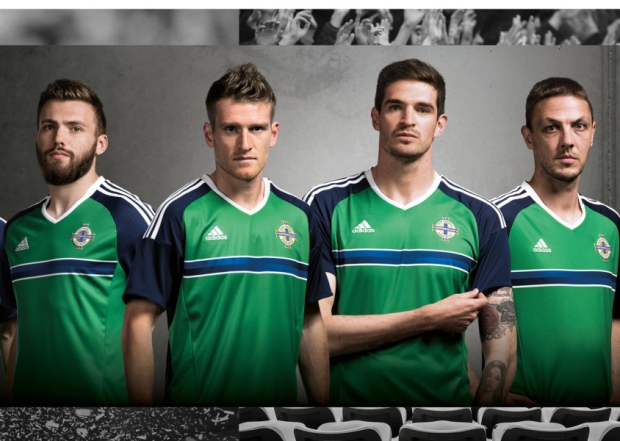 It seems that many Northern Ireland fans were revolted at the sight of the new kit their team will be wearing at Euro 2016 after it was unveiled a few days ago.

Indeed, the strip hasn’t been well received at all, with unimpressed supporters labelling it a “monstrosity”, “hideous” and a “perfect storm of rubbish”.

According to the Belfast Telegraph, one fan has even gone as far as starting an online petition to harangue Adidas and the Irish FA into coming up with a new, better kit before the tournament next summer.

Norn Iron supporter Ian McKinney is that man, and he’s really not happy.

We qualify for our first tournament in 30 years and they go and produce something like this – it’s horrendous.

Kits that have divided opinion in the past have either not been the traditional colour or messy – this is both. It’s a perfect storm of rubbish.

As such, McKinney set up a Change.org petition to campaign for “a proper kit for Euro 2016”. It received over 2,000 signatures in the first four hours and is currently edging toward the 5,000 mark.

The main bone of contention is the “ugly” blue horizontal bar running across the chest – a detail the IFA insist is a timely tribute to the shirts Northern Ireland wore in the 1980s, i.e, the last time they reached a major international competition (the 1986 World Cup in Mexico).

That said, every single kit Northern Ireland sported throughout the 1980s was predominantly green and white, so we’re not entirely sure where they’ve got that from.

Either way – whisper it, but we actually think this new one is quite smart.