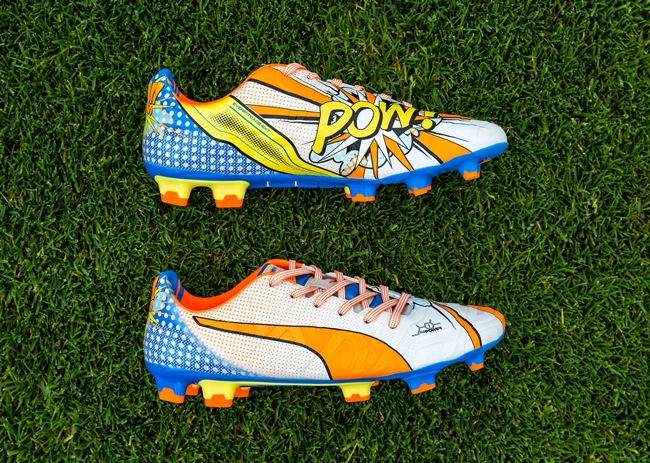 Today sees the launch of Puma’s new ‘BAM!! POW! evoPower 1.2’ football boot which, as you may have already guessed, are inspired by the Pop Art movement of the 1950s and ’60s.

The result is a delightfully gaudy boot covered in swathes of Roy Lichtenstein-esque comic book art. 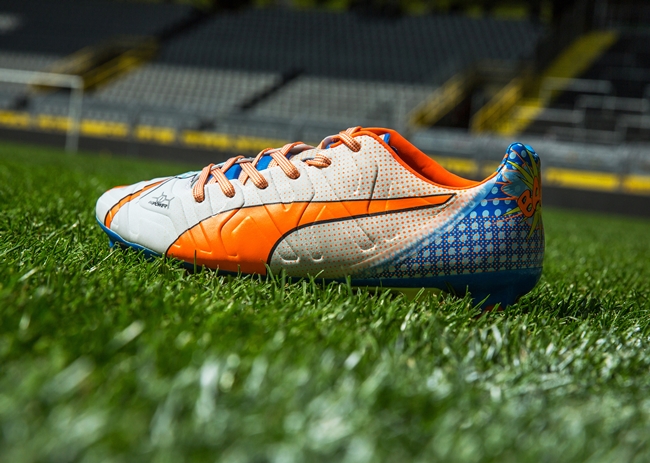 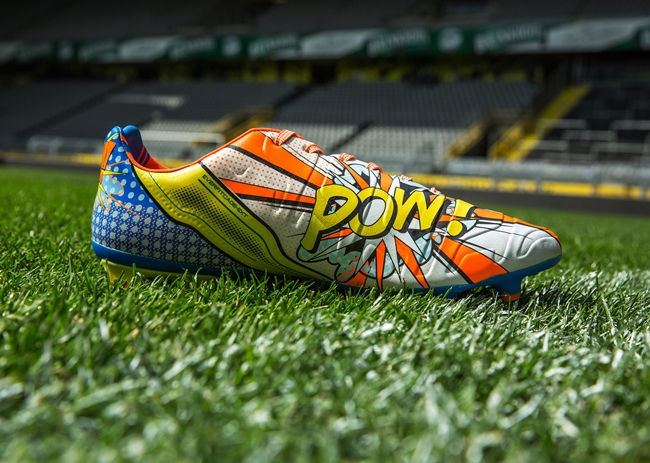 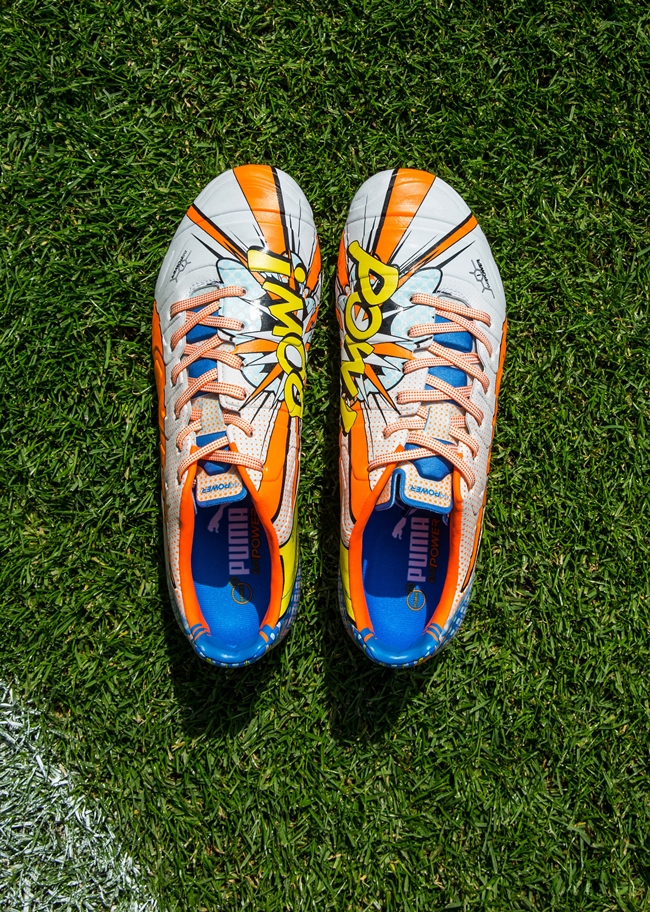 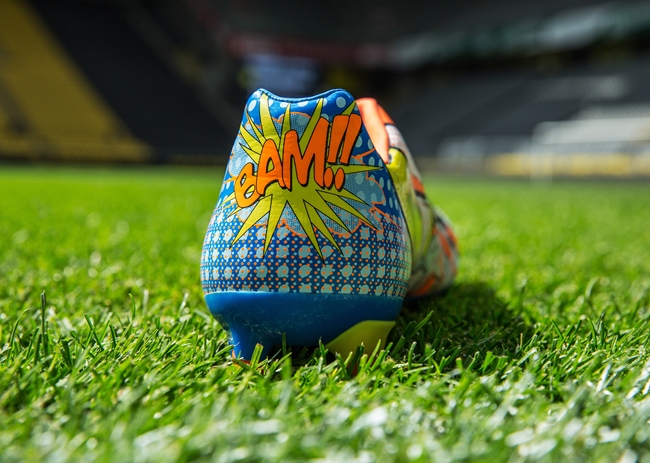 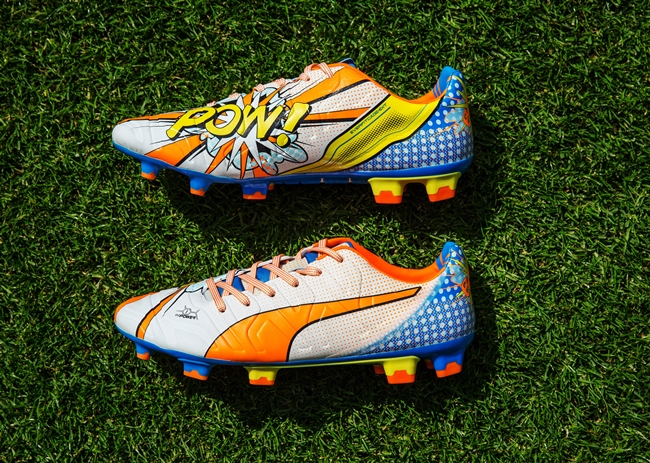 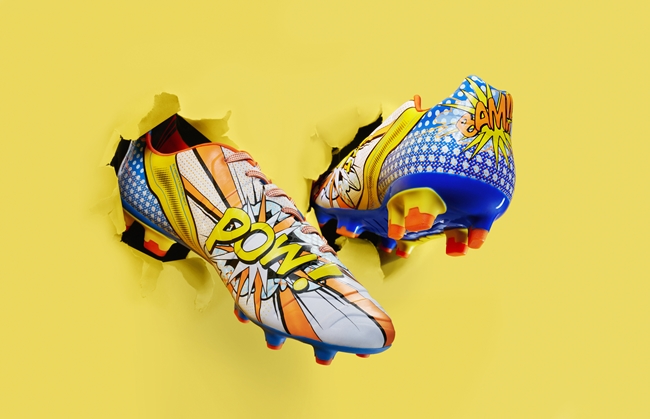 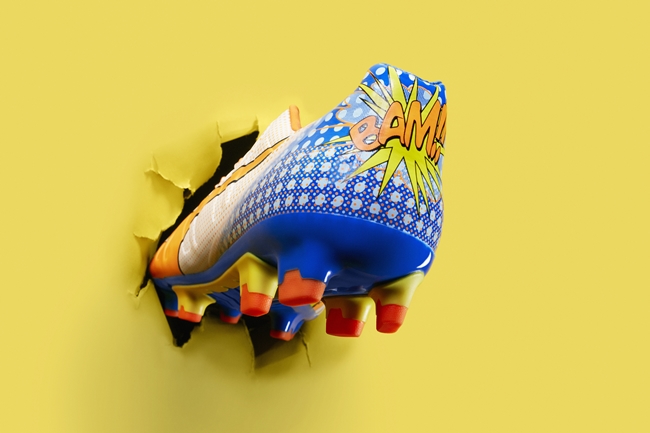 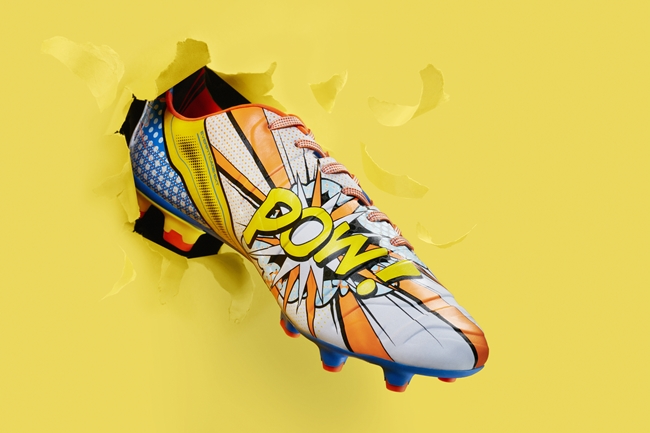 The BAM!! POW! boots – and we love that they’re actually called that – are due to be worn by the likes of Cesc Fabregas, Olivier Giroud, Yaya Toure and Mario Balotelli (before he pulled out injured) during the clutch of international friendly matches that are due to kick off later tonight.