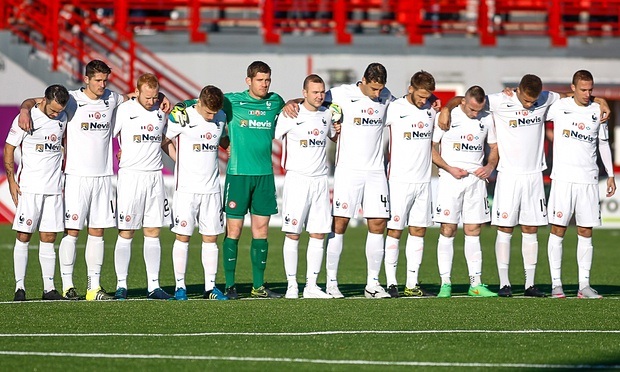 Hamilton Academical players took to the field wearing France kits for their SPL game against Aberdeen on Sunday in tribute to the victims of the Paris attack a fortnight ago.

With almost every combination of the two clubs’ kits clashing, Hamilton decided to wear the special all-white French away kit to demonstrate their “sympathy and solidarity with the people of France”… 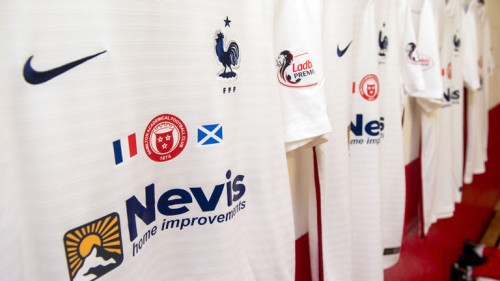 The original plan was for the Accies to wear France’s blue home kit but, after it proved too difficult to cobble together a full compliment at such short notice, the club instead went out and bulk-bought 20 away strips before getting them kitted out with their own badges and sponsors.

The tribute was especially poignant for Hamilton striker Christian Nade, whose younger sister was forced to hide under a table in a restaurant in Paris when the gunmen descended on the French capital on Friday 13th November.

As per the BBC, Hamilton are now planning to send one shirt to each club in Ligue 1 for them to auction off for a charity of their choosing.