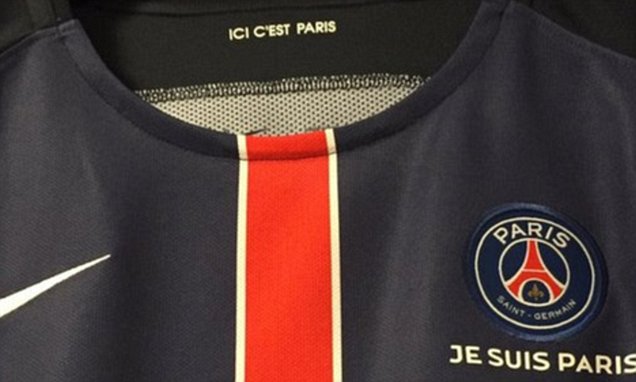 Having previously sported a small message of support positioned underneath the badge for a game against Lorient in the immediate aftermath of the Paris attacks, PSG have now seen fit to drop their shirt sponsor entirely in favour of a much more prominent tribute to those who lost their lives in the French capital at the hands of gun-wielding maniacs a fortnight or so ago.

For the next two games, PSG have dropped their usual ‘Fly Emirates’ sponsor. Instead their shirts will carry a simple message of unity: “Je suis Paris” (“I am Paris”)… 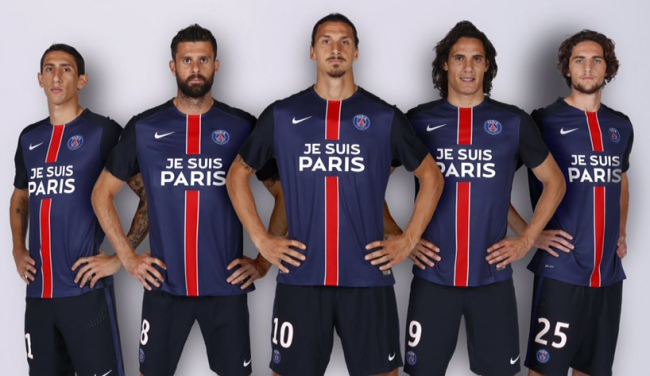 PSG will wear their special kit for the first time against Malmo in the Champions League on Wednesday evening and then again for their Ligue 1 game against Troyes this coming Saturday.