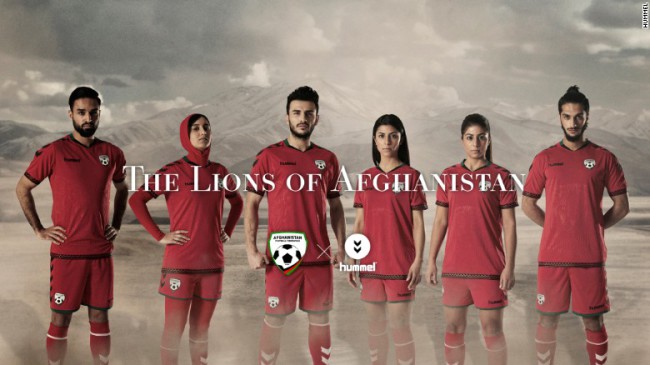 Hummel have cooked up a batch of new kits for the Afghanistan international side, with the women’s kit coming complete with its own built-in hijab.

The kits were launched on International Women’s Day, with Hummel keen to point out that the female shirt comes with an intergrated base layer that allows Muslim players to be covered from head to toe while still playing in comfort.

The new strip also confirms to FIFA kit statutes, specifically that the hijab hood is the same colour as the shirt and is not connected directly to it.

We don’t sponsor the biggest teams in the world, but we make partnerships with teams and clubs with a story to tell, like Afghanistan.

We try to meet the Afghan people where they are, and right now that is by helping the women play football with or without a hijab.